Department of Geography and Geological Sciences

Department of Geography and Geological Science

Kevin Cerna spent part of his summer crawling through lava tubes as part of a student research field trip. The master’s student and his lab mates investigated the environmental conditions surrounding past volcanic eruptions by studying crystal formation in the Pacific Northwest. The team, led by Assistant Professor Erika Rader, wants to use the tools and techniques implemented in the field to explore the geology of Mars – so it’s crucial to make sure everything works on Earth. Over the course of summer 2019, the team visited lava fields from areas including Lava Beds National Monument in California and Idaho’s Craters of the Moon and Hell’s Half Acre. Cerna, who is originally from El Salvador and lives in Santa Anna, California, is studying geology, and Rader teaches volcanology and geochemistry in the College of Science.

The team identifies lava crystals at each site, because the environmental conditions during an eruption influence crystal formation.

The scientists want to test tools and techniques, which can be taken into space to study the planetary formation of Mars.

Cerna uses a hand-held mineral identifier instrument to measure the relative abundances of glass and minerals in rock. 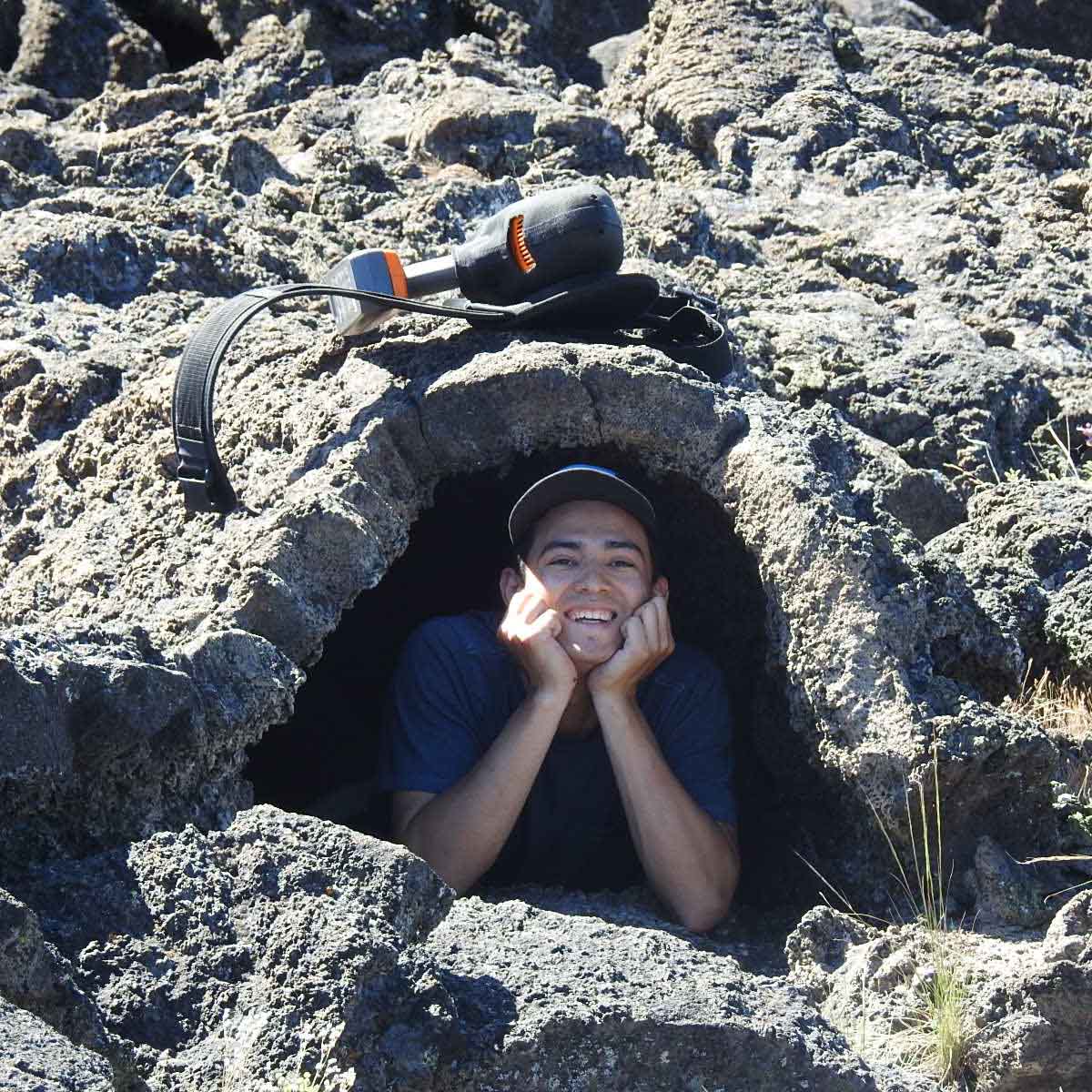 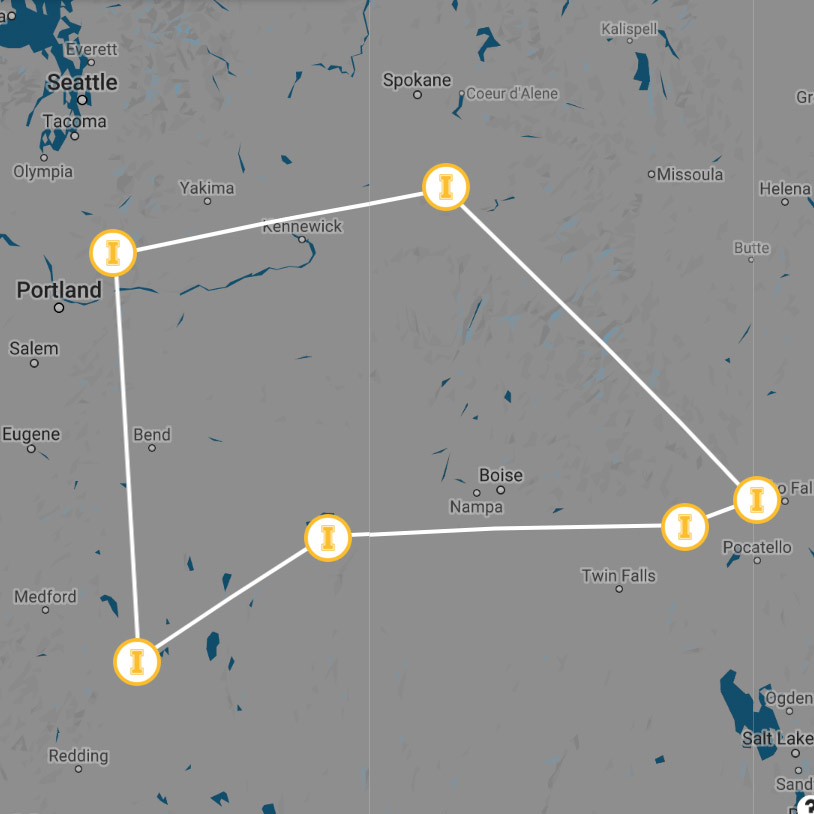 A map highlights Moscow near Spokane and the field sites Rader and Cerna visited throughout the Northwest: Hell’s Half Acre; Craters of the Moon; Lava Beds National Monument, California; Diamond Craters, Oregon; and Crazy Hills, Washington. 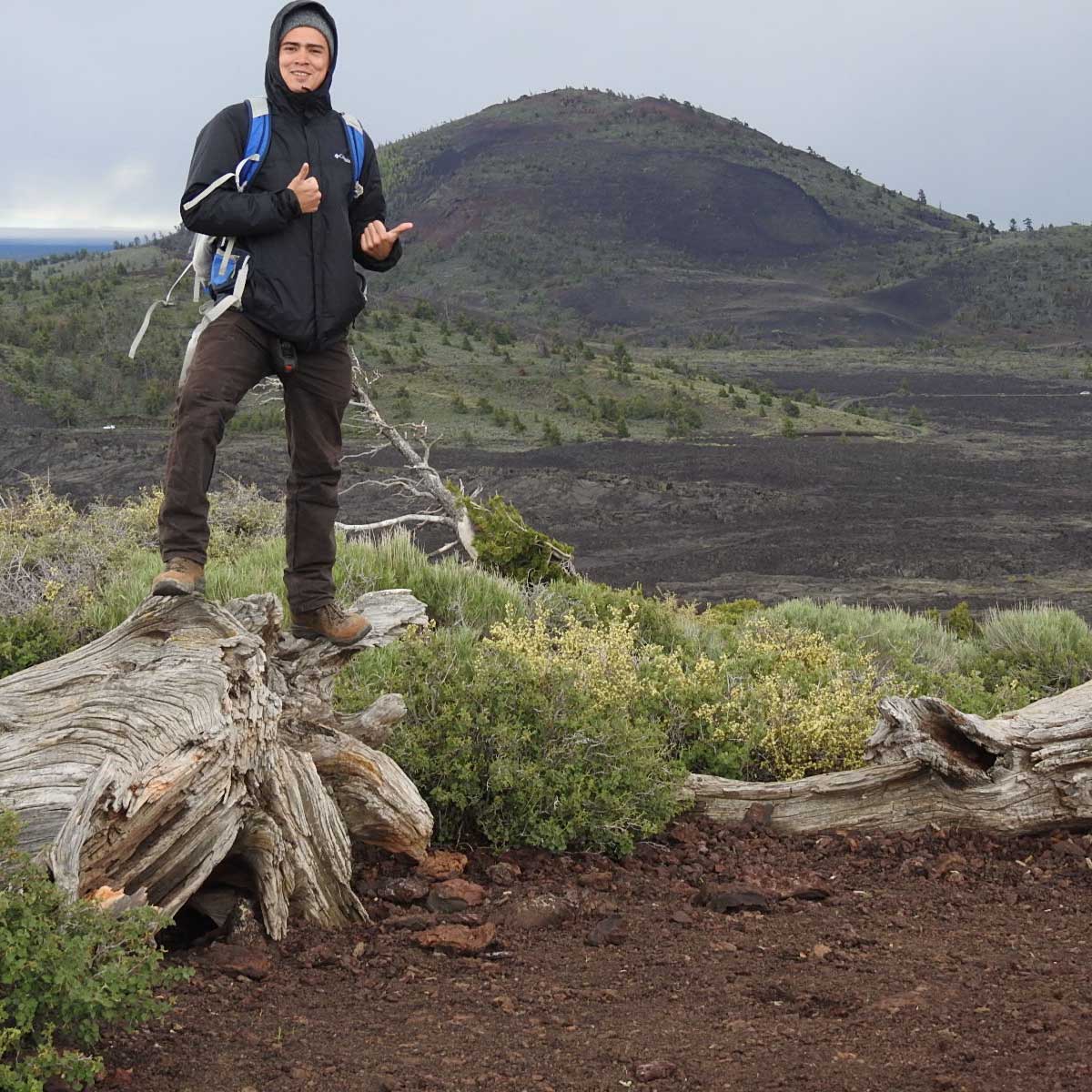 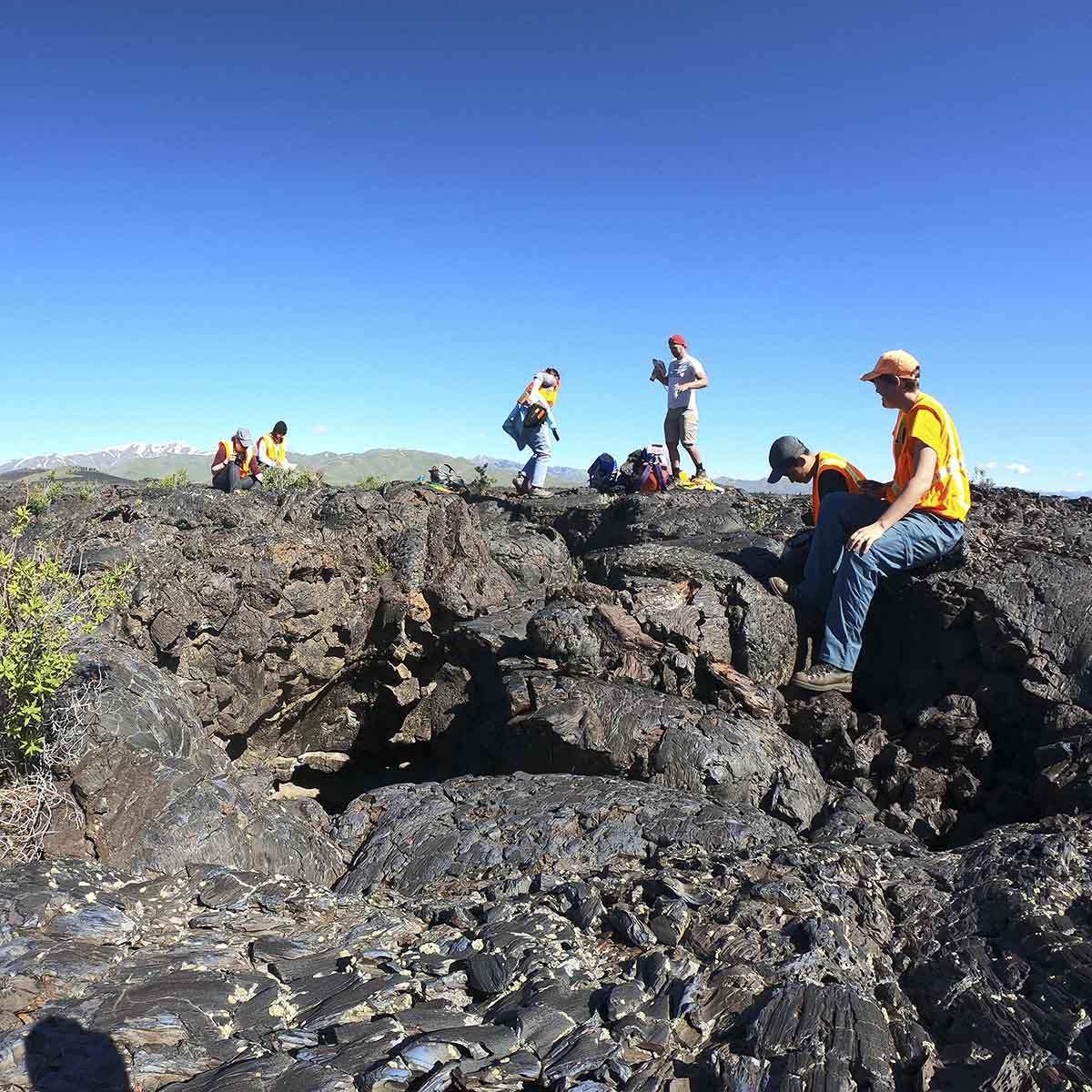 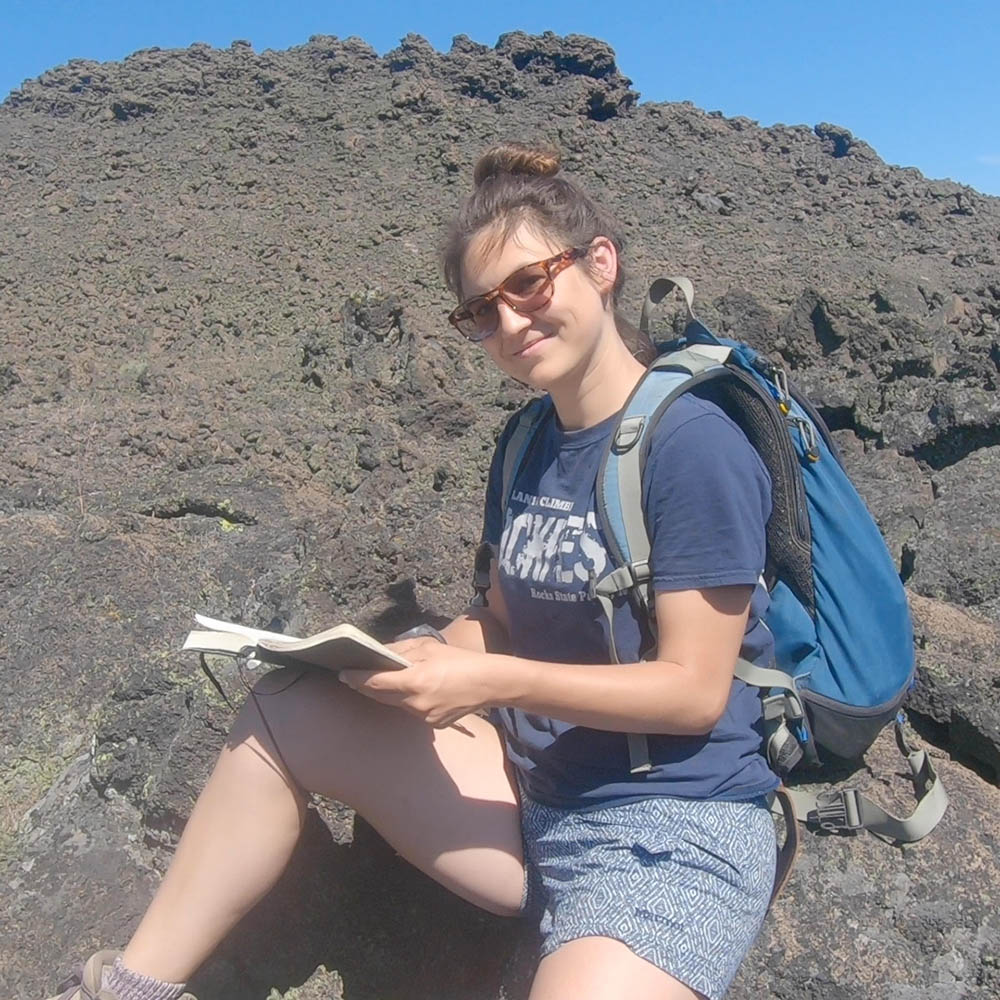 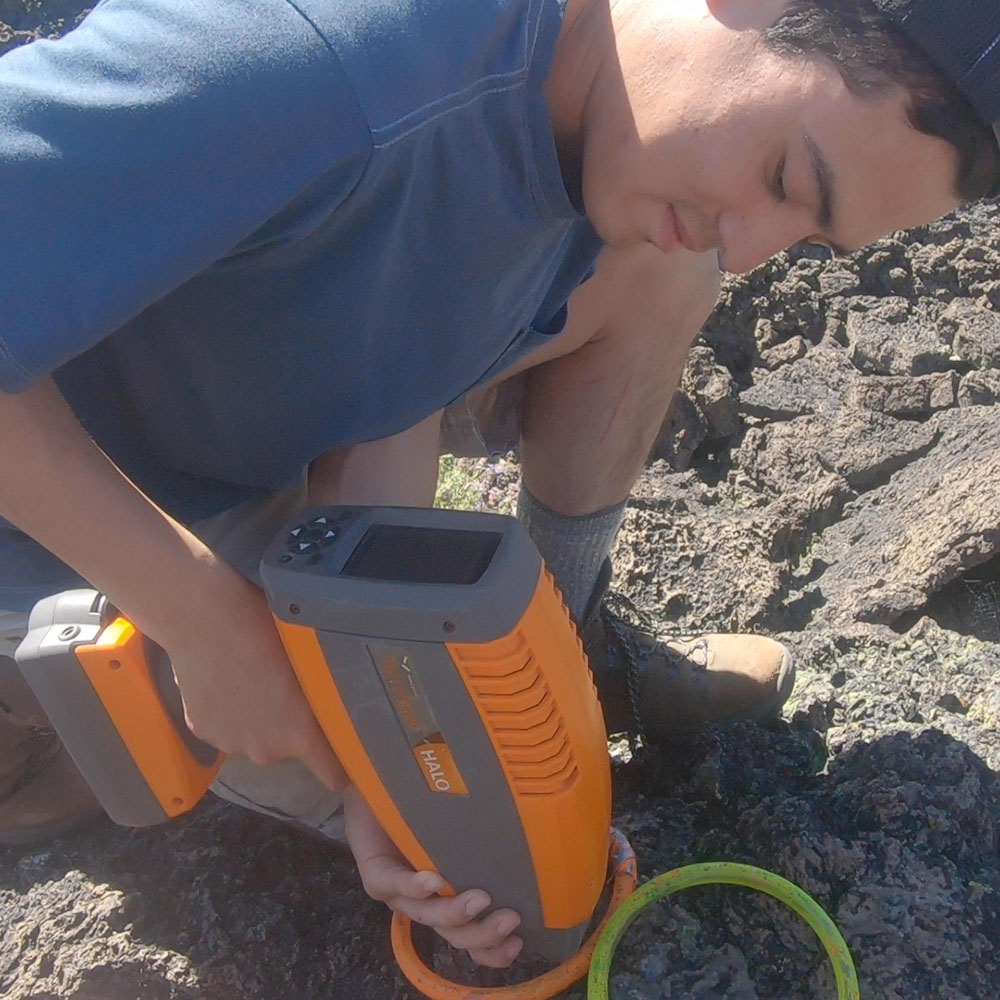 Department of Geography and Geological Science