COEUR d'ALENE, Idaho — June 8, 2021 — A team of 21 archaeology students from University of Idaho, North Idaho College and UC Berkeley are working with the Coeur d’Alene Tribe in hopes of uncovering new historical perspectives from the late 19th and early 20th centuries at Fort Sherman.

The two-week project, led by U of I’s Idaho Public Archaeology education project, aims to shed light on the military occupation of the American West while providing archaeology students accessible and inclusive field training.

“Fort Sherman is an ideal location to explore identity construction and negotiation in spaces of cultural meeting,” said Katrina Eichner, Ph.D., U of I assistant professor of anthropology. “It’s our hope that materials discovered here will allow for more diverse and nuanced understanding of the past.”

The military installation was established in 1878on traditional Coeur d’Alene homeland known as Hnch'mqinkwe'.

“The history of the fort is complicated and traumatic for Coeur d’Alene members,” said Jennifer Fletcher, public relations director for the tribe. “The American military used the fort as part of a colonial campaign to remove the tribe from their ancestral homelands.”

Researchers will highlight history of the Native community on this land in conjunction with contributions of women, children and Black enlisted soldiers of the 24th infantry.

“Stories of occupation in the West tend to focus on the roles of elite, white male military officers in hostile conflicts with Native American tribes,” said Eichner. “By focusing on this singular narrative, the stories and perspectives of a variety of historically marginalized groups are obscured in traditional heritage interpretations.”

“Such projects require significant time, energy, expertise and resources to ensure students receive a well-rounded experience,” said Brad Codr, Ph.D., associate professor of anthropology at NIC. “This would not be possible without the collaboration between the Coeur d'Alene Tribe, NIC and U of I.”

Field work takes place June 1-15 at North Idaho College campus by Yap-Keehn-Um Beach and near the Spokane River on the north end of campus. Community members are invited to observe the excavations today, June 8 through Saturday, June 12 between 8 a.m. and 11 a.m. or 12:30-2:30 p.m.

The research will result in a formal report provided to the tribe, NIC and the U of I Bowers Archaeology Lab.

Katie Marshall
U of I Coeur d’Alene Marketing and Communications Manager
208-664-7022
kmarshall@uidaho.edu 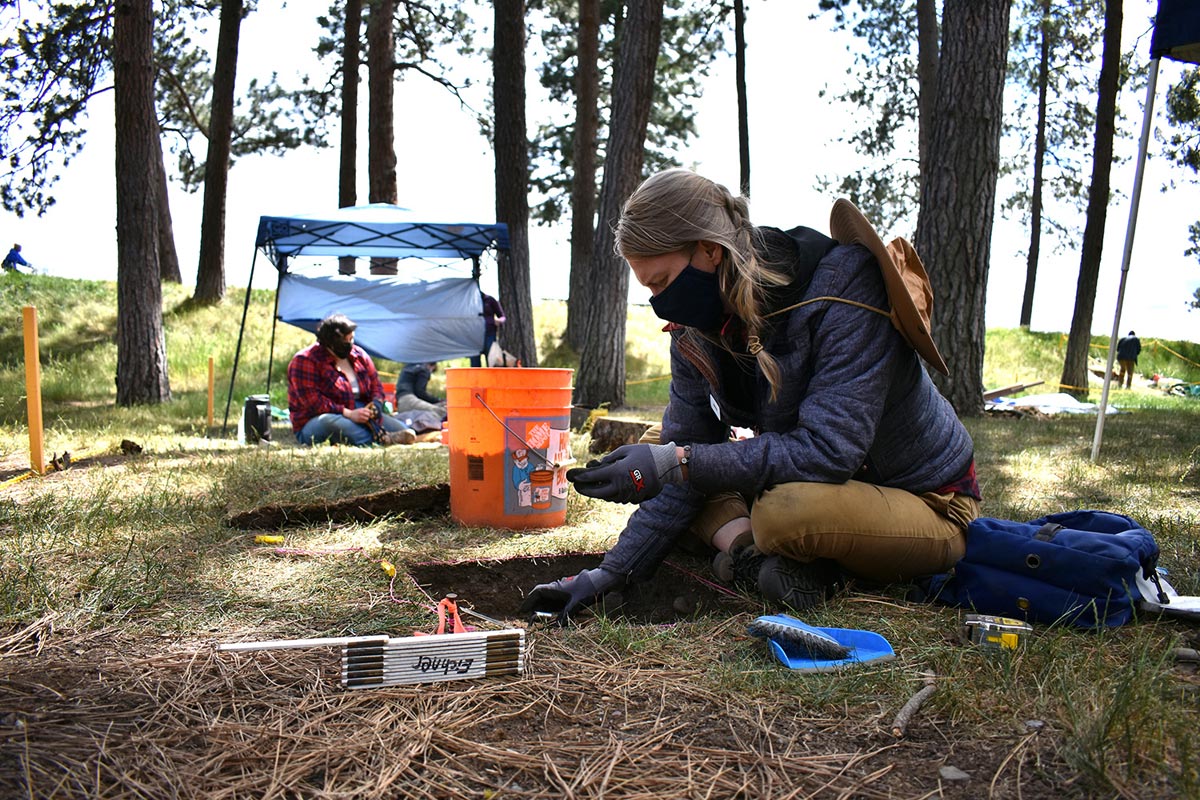