MOSCOW, Idaho — May 26, 2021 — University of Idaho researchers partnered with other scientists from the United States and Australia to study the evolution of Tasmanian devils in response to a unique transmissible cancer.

The team found that historic and ongoing evolution are widespread across the devils’ genome, but there is little overlap of genes between those two timescales. These findings, published in Proceedings of the Royal Society B, suggest that if transmissible cancers occurred historically in devils, they imposed natural selection on different sets of genes.

Tasmanian devils suffer from a transmissible cancer called devil facial tumor disease (DFTD). Unlike typical cancers, tumor cells from transmissible cancers are directly transferred from one individual to another like an infectious disease. DTFD is most commonly transmitted from host to host as devils bite each other during mating season. The tumors become malignant and can kill their hosts within six months.

DFTD was first discovered in 1996, and the recent discovery of a second transmissible cancer in Tasmanian devils in 2016 suggests that they may be prone to this unique type of disease. The threat of these two cancers has prompted conservation efforts.

“For the conservation of Tasmanian devils, our work adds to the growing list of genes that we have observed to be evolving in response to DFTD,” said Paul Hohenlohe, U of I Department of Biological Sciences associate professor, Institute for Bioinformatics and Evolutionary Studies (IBEST) principal investigator and senior author on the paper. “We can monitor genetic diversity of these genes in wild populations to understand whether and how these populations can adapt and survive in the face of DFTD.”

Finding little overlap in what genes are involved at historical and modern timescales, the team determined that if transmissible cancers have occurred historically in devils, they caused natural selection on different sets of genes. Their results and analysis of historical selection suggest that DFTD is a newly emerging selective force that distinctly shapes today’s wild devils.

This information can be used to inform conservation efforts by identifying targets for genetic monitoring and guiding maintenance of adaptive potential in Tasmanian devil populations.

“Our work suggests that maintaining genetic diversity across a wide set of functionally important genes is critical to make sure Tasmanian devils are able to adapt to transmissible cancers and other threats to their survival,” Hohenlohe said. 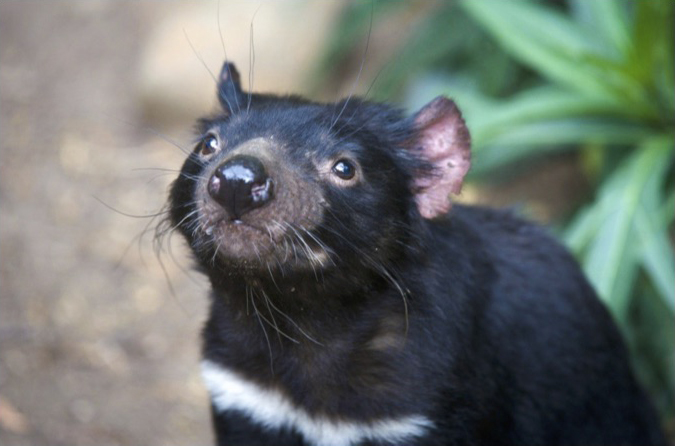 University of Idaho led a study on the evolution of Tasmanian devils in response to a transmissible cancer. Image Credit: Photo courtesy of Menna Jones.