Lactating Grizzly Bears Use Cooling Baths to Avoid Heat Stress, U of I Study Finds

Bears do it too, and although they appear to enjoy taking a dip, it likely functions to help them cool down.

Because the body temperature of mammals rises during lactation, bath-taking by female grizzly bears in the park may help facilitate increased milk production and ensure offspring survival.

In a paper published in Functional Ecology, a journal of the British Ecological Society, a collaborative team of researchers from U of I, Washington State University, the University of Wisconsin-Madison and U.S. Geological Survey studied how the risk of heat stress was influenced by activity and milk production in grizzly bears. The team also evaluated the importance of bear behaviors such as submerging in cool water for alleviating that heat stress.

Using computer models, the researchers sought to predict the potential effects of a changing climate on female grizzlies with versus without cubs.

“We found that the use of ‘bathtubs’ by female bears to cool could help them overcome constraints on activity and milk production imposed by heat, even in a warmer climate,” Rogers said.

The “bathtubs” include natural depressions containing water that are deeper than the wallows commonly used by ungulates such as elk and allow bears to fully submerge.

Researchers learned that although heat was not the most important factor influencing the distribution of bears across the Yellowstone landscape — elevation and distance to roads were most important — it had a greater effect on the behavior of lactating than non-lactating females, and access to pools of cool water was an important mechanism for relieving heat stress.

“Our research suggests that as the climate warms, grizzly bears can avoid heat stress through behaviors such as ‘bath-taking,’ and thus access to cool water will likely become increasingly important,” Long said. 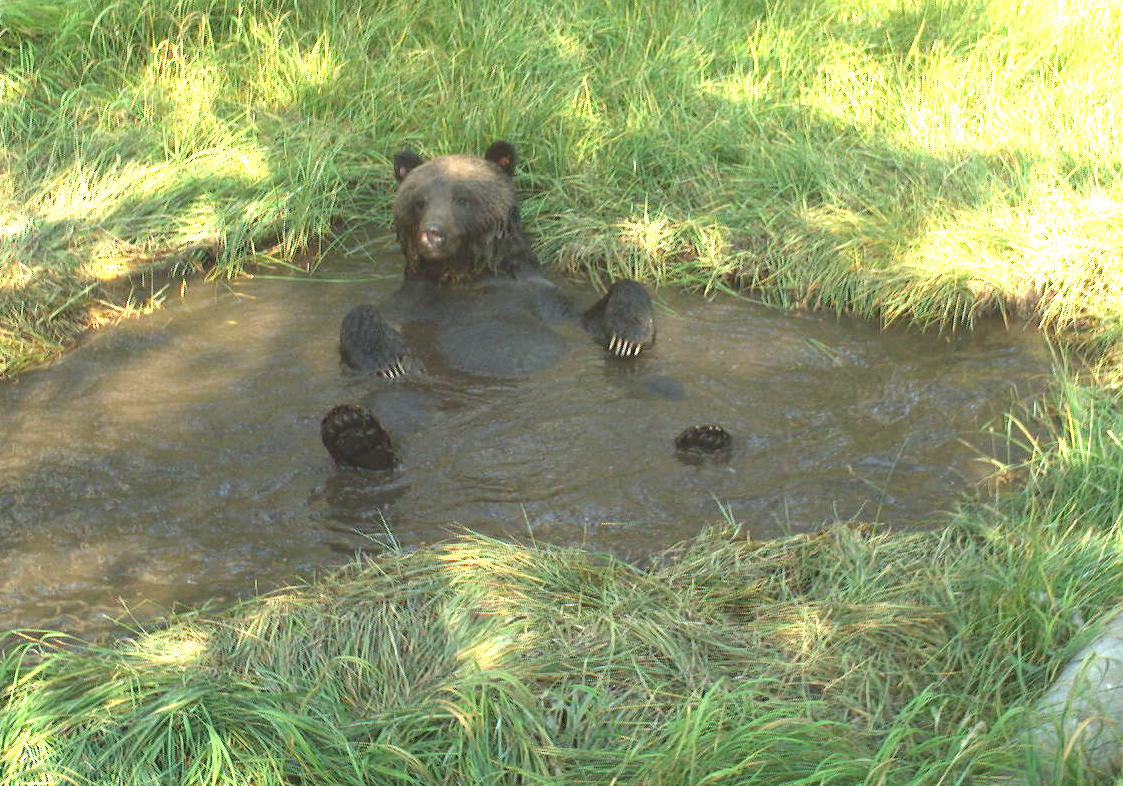 A recent University of Idaho study found that grizzly bears take cooling baths to offset heat stress. The study of grizzlies in Yellowstone National Park found that lactating grizzlies are especially prone to heat stress and use water holes to cool down. Image credit: Photos courtesy of the National Park Service.