Animals' Susceptibility to Coronavirus Subject of U of I Research

MOSCOW, Idaho — Sept. 17, 2020 — Whether coronavirus can use farm animals or North American bats as intermediate hosts to spread the novel pathogen SARS-CoV2 is being explored by three University of Idaho researchers.

At his lab on the Moscow campus, Paul Rowley, a virologist and assistant professor in the Department of Biological Sciences, is using mammalian cell cultures and a viral agent similar to coronavirus to get to the bottom of the question.

“We already know that humans can infect cats and other animals,” Rowley said. “We’re interested in learning what animals are susceptible and if there’s a risk of SARS-CoV2 jumping into the bat population in North America, or domestic cattle or livestock.”

Aided by a federal grant, Rowley has teamed with U of I Research Assistant Professor Jagdish Patel, a molecular modeling specialist, and James Van Leuven, research assistant professor, to identify animal populations that are likely susceptible to the pandemic.

Ferret farms in Europe this year were shut down and the animals killed because of SARS-CoV2 infections, Rowley said. And civet cats — a weasel-like animal related to the mongoose — were partly responsible for the SARS outbreak of almost 20 years ago.

“Those populations could potentially act as viral reservoirs and could initiate new disease outbreaks,” Rowley said.

Viruses are submicroscopic bundles of genetic material that cannot replicate without first invading a host cell. Once inside a cell, viruses such as SARS-CoV2, the coronavirus responsible for the global pandemic, multiply and can make us sick.

Instead of working on treatments to kill SARS-CoV2, Rowley, Patel and U of I Department of Physics Professor Marty Ytreberg, began last spring to locate cell doors — called receptors — that allow viruses to board and invade a cell.

If the researchers find a way to block receptors that allow SARS-CoV2 to penetrate a cell, they could effectively halt the spread of the virus. Determining the animal receptors that enable SARS-CoV2 cell entry will benefit both human and animal health, Rowley said.

So far, scientists have learned that livestock is not as susceptible to coronavirus as humans, he said. 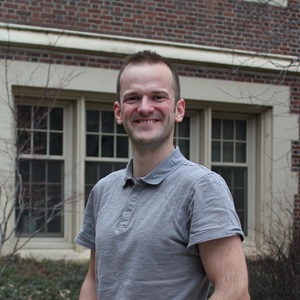