Richard (Jake) T. Jacobsen, 77, a former dean of the University of Idaho College of Engineering, passed away Tuesday, Aug. 20, in Idaho Falls. Jacobsen earned a Bachelor of Science from the U of I in 1963 and a Master of Science in mechanical engineering in 1965. While a graduate student at U of I, Jacobsen taught courses in the U of I Department of Mechanical Engineering. After completing his doctorate, he joined U of I and climbed through the academic ranks to professor, chair of the mechanical engineering department, associate dean of research, and later, dean of the College of Engineering from 1990-99.

While at the U of I, Jacobsen was responsible for more than $12 million in grants and contracts. Most of the awards were for research on the thermophysical properties of various fluids and mixtures.

Having enjoyed a distinguished career, Jacobsen’s most important priority was always his family. He was a loving husband, father, grandfather, son, and friend.

He was preceded in death by his parents and his eldest son Richard (Bud) T. Jacobsen Jr.

Arrangements are under the direction of Coltrin’s Mortuary & Crematory, Idaho Falls, and online condolences may be sent to coltrinmortuary.com.

In lieu of flowers, the family suggests donations to the Juvenile Diabetes Research Foundation or a local humane society. 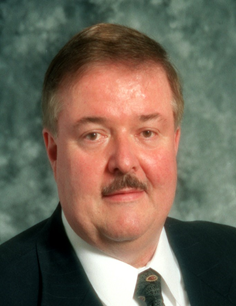