This article was written by Anteia McCollum and published in Moscow-Pullman Daily News, April 11, 2020.

The coronavirus dashed my hopes of going on an exciting Idaho National Guard adventure to Germany, but I ended up doing something even more worthwhile — helping hungry Idahoans fill their stomachs.

I’m both a University of Idaho student and Army National Guard member. Many of us in the Guard were scheduled to fly this month to a four-week training event in Germany with other NATO troops called Defender 20. The coronavirus led to its cancellation.

Although the training would have meant I would miss the last four weeks of spring-semester classes, all of my professors had arranged for me to complete their courses remotely.

My journalism reporting instructor was especially flexible. He told me I could write about my training experience. Few young journalists get such a chance to write from overseas this early in their career, he said.

I had always wanted to visit Germany because of its rich culture and history. And I was looking forward to getting to know some of the German troops we would be training with.

But the Guard told me on March 12 that the training was canceled because of the coronavirus. Then, in late March, it asked if I would be willing to go on active duty for two weeks from March 31 to April 13 to help the Idaho Foodbank pack and distribute food to communities across northern Idaho.

Use of the food bank has soared as the coronavirus has created mass unemployment across the country. The number of Idahoans filing for jobless compensation jumped sixfold to 13,314 claims in the last week of March from an average of only 2,200 a week over the past 20 years, according to New York Times data on all 50 states.

In addition to facing a growing need, the food bank, which leans heavily on volunteers to provide its service, has been losing them. That’s because volunteering often involves interacting with others — and many people are worried about getting coronavirus when they do.

The Idaho Foodbank, the largest distributor of free food in the state, does an excellent job, with the help of 400 community partners.

Other Guard members and I have been separating bulk packets of food into family-sized packages at the food bank’s warehouse in Lewiston, then delivering it in state vans to Moscow, Juliaetta, Stites, Riggins, Elk City and elsewhere in northern Idaho. The Idaho Foodbank also has warehouses in Boise and Pocatello.

The smiles on the faces of those picking up the food have been heart-warming.

And so have the verbal acknowledgements of what we are doing.

“Thank you for your hard work, young lady,” an older man said after I put a box of food in his car.

It made my day.

Ever since I got my food-bank call-up orders, I wake up early and put on my uniform to help our state’s communities. The satisfaction I’ve gleaned from this experience has prompted me to decide to help out when I’m not in uniform as well.

What I’m doing now is far different from what I was going to do in Germany — improve my soldier’s skills to help bolster U.S. and NATO defense.

But as the Guard’s work in national disasters has shown, it is an organization that not only defends our country and its allies, but helps our neighbors.

Knowing I am helping people in need has eased the disappointment of my not going to Germany.

And besides, if I stay in the Guard — and I plan to — another overseas adventure is probably in the cards.

Anteia McCollum is a sophomore majoring in journalism. She is from Moscow. 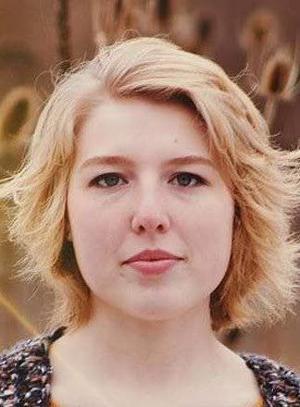