Students were put into interdisciplinary teams and given six hours to come up with a business plan to solve one of two prompts involving measures to sustain a world of 10 billion people or using artificial intelligence to change the world for the better.

Lindholm and her team placed in the top four of 50 teams competing overall for their business plan to bring an over-the-counter method of self-diagnosing irritable bowel syndrome to market.

"It feels a bit daunting to represent U of I globally," said Lindholm. "But it is also a great honor to demonstrate the great things that have come out of the state of Idaho at the college level."

Terrill's team placed in the top 10 for their plan to boost the structural integrity of bricks using recycled plastic.

"Students put their skills against top students from around the world and worked with those same students to develop solutions to engineering challenges facing society," said Daniel Robertson, U of I GCSP director and mechanical engineering assistant professor. "These are the kinds of doors that a Vandal education can open. It's more than just textbooks and a high GPA, it's about being a force for good to change our world for the better."

Students were nominated by the NAE to travel to London after placing in the top eight of 30 entrepreneurial teams at the academy's preliminary, U.S.-only student business model competition playoffs in California in April. The team, Trash2Gas, presented their business plan to bring sustainability and energy education to sixth- through 12th-grade classrooms on the Palouse.

Anaerobic digestion is the natural process of breaking down organic material in closed spaces where there is no oxygen. This process also creates a biogas composed of methane and carbon dioxide that can be used as a natural energy to produce heat or electricity.

The goal is to bring these digesters into classrooms and integrate sustainability-focused curriculum to help students better understand how food waste can be broken down and see the recycling process from start to finish.

In the last six months, team Trash2Gas has been awarded funding through an $18,000 grant through the Idaho Space Grant Consortium and a $5,000 first-place win in the U of I Idaho Pitch Competition. In the next year, funding will go toward finalizing a design for the digester, building a model for educational displays and developing middle and high school curriculum plans for the project. 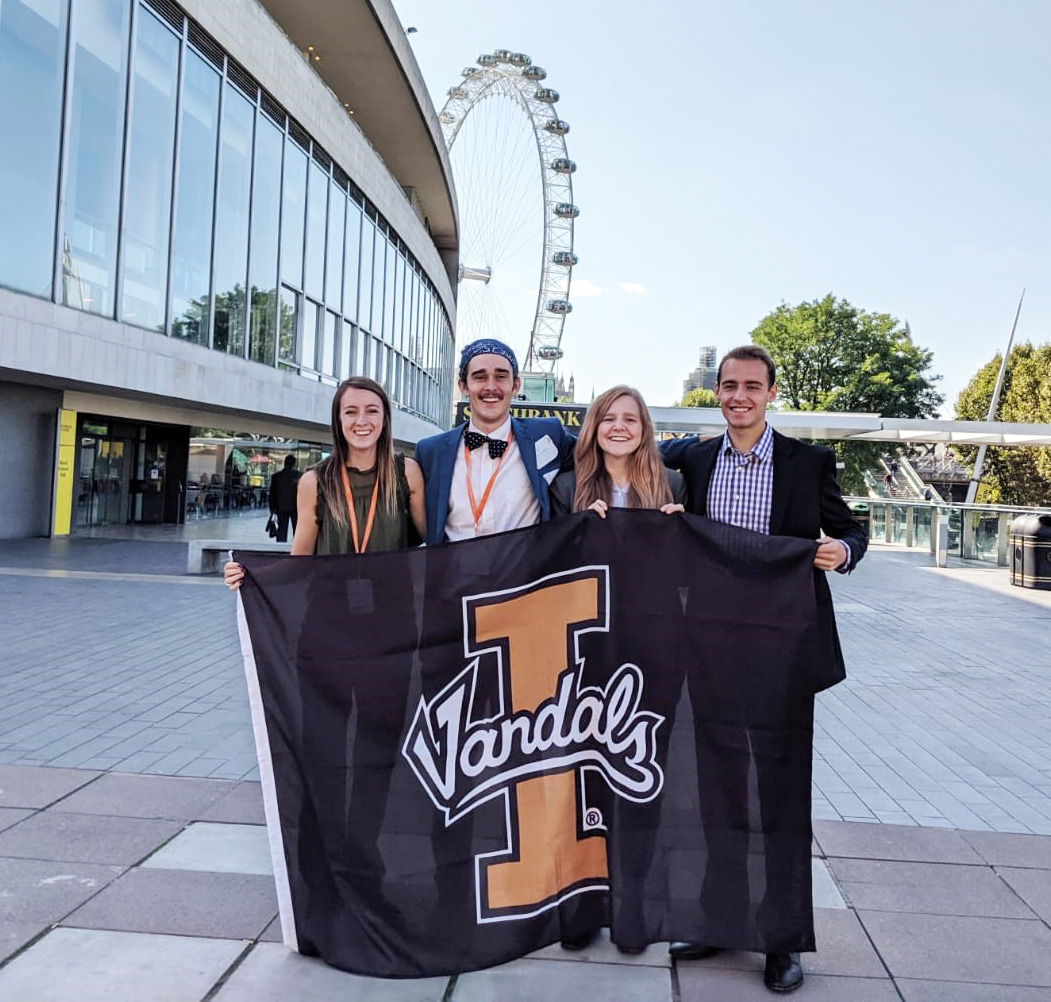