Set alongside the North Idaho Centennial Trail, Doyle's sculpture measures 16 feet tall and 30 feet wide. On June 25, 2016 — one year after the Supreme Court ruled same-sex marriage constitutional — Doyle gathered with friends, family, community members and now-husband to activate the artwork at the site.

Doyle's sculpture was chosen in 2017 by the City of Coeur d'Alene's Arts Commission for the Arts Current Program, whose vision is "to build an exceptional collection of public art that defines the community” and improves the cultural environment of the city. This month, the city renewed Doyle's contract to maintain installation of his sculpture for a second consecutive year.

Doyle's sculpture came out of a 2015 seed grant entitled "EQUALITY (on the Palouse)," awarded to him by the university. U of I's Seed Grant program is sponsored by the Office of Research and Economic Development to promote research, outreach and creative activities in all branches of learning that will result, among other things, in exhibitions similar to Doyle's. 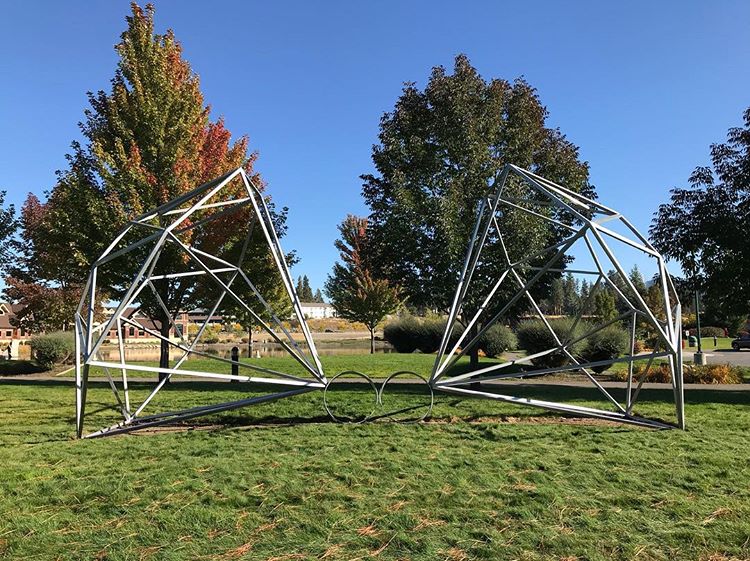