A win all around for the Vandals at Tribal Nation's Night at the UI men's basketball game on Saturday, Jan. 7. The men's basketball team not only outscored Montana State University with an exciting 83-81 point lead, but the game featured Tribal Nations Night, a collaboration between UI Athletics, the Native American Student Center, and the Office of Tribal Relations. This event served to honor the relationship between the university and regional tribal communities, as well as support current Native American students and athletes.

Quanah Matheson, a Coeur d'Alene Tribal member, spoke on behalf of the highlighted events, which included a flag ceremony to introduce the game, an exhibition of dancers at half time, T-shirt tossing, and the chance to have won $500 with a half-court shot. Participants for the youth scrimmage earlier in the afternoon were members of the Nez Perce, Coeur d'Alene, Colville and Spokane tribes. 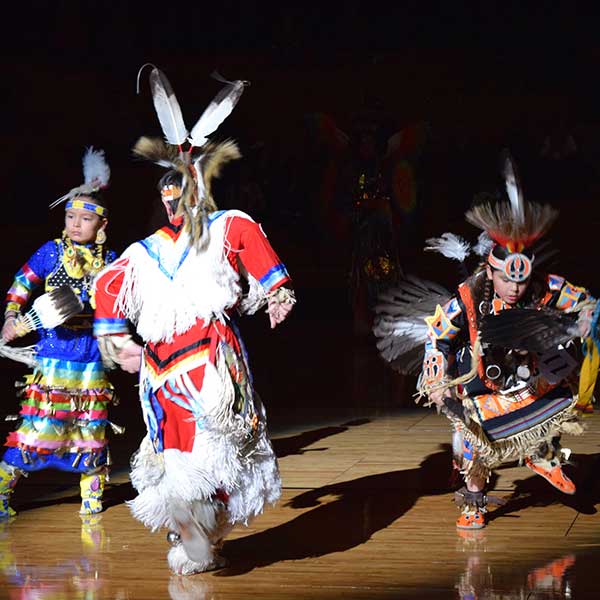