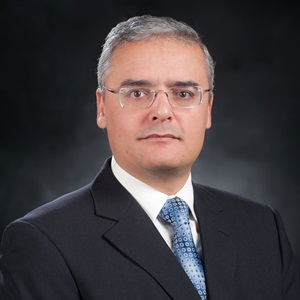 Suat Ay is associate professor of Electrical and Computer Engineering at University of Idaho. He received his master's degree and doctorate in electrical engineering –electrophysics from the University of Southern California, Los Angeles, in 1997 and 2004. From September 1997 to July 2007, he worked in the industry as VLSI design engineer specializing in the area of mixed-signal VLSI design and CMOS image sensors. He was with Photobit Corporation which later became the Micron Technology Inc.’s Imaging Division in 2001 and Aptina Imaging in 2008, and On Semiconductor in 2014. He joined the Department of Electrical and Computer Engineering of University of Idaho on August 2007 as assistant professor and promoted to associate professor in 2013.

His research focuses on VLSI analog and mixed-signal integrated circuit (IC) design techniques for new class of baseband and RF circuits and systems, on intelligent sensor systems with emphasis of reconfigurable, secure, flexible electro-optical circuit and devices, and on self-sustained and smart CMOS sensors for remote wireless network and systems. He is a member of IEEE Solid State Circuits, IEEE Circuit and Systems, IEEE Electron Devices and SPIE societies.