antelope store information about what they've eaten in their horns? Neither did we.

Matthew Rafferty found field work comes to an almost-crashing halt when an elephant lumbers out of the bush and stops right in front of your truck. During summer 2019, the senior, along with a team of researchers, traveled to Gorongosa National Park in Mozambique to take horn samples from antelope, specimens that will tell Rafferty about the animals’ lifelong diets. He hopes his findings provide insight into the variability of the animals' diets and how they might evolve. Assistant Professor Ryan Long, who specializes in the ecology of large mammals in the College of Natural Resources, led the U of I contingent of researchers. Rafferty lives in Moscow and is studying animal and veterinary science in the College of Agricultural and Life Sciences.

Rafferty hypothesizes animals of the same species have different diets, and this diet specialization can lead to new species.

The team spotted and tranquilized antelope from a helicopter. They focused on sampling kudu, bushbuck and nyala antelope.

The chemical composition of horn samples captures the chemical signature of food the animal eats over its entire lifespan. 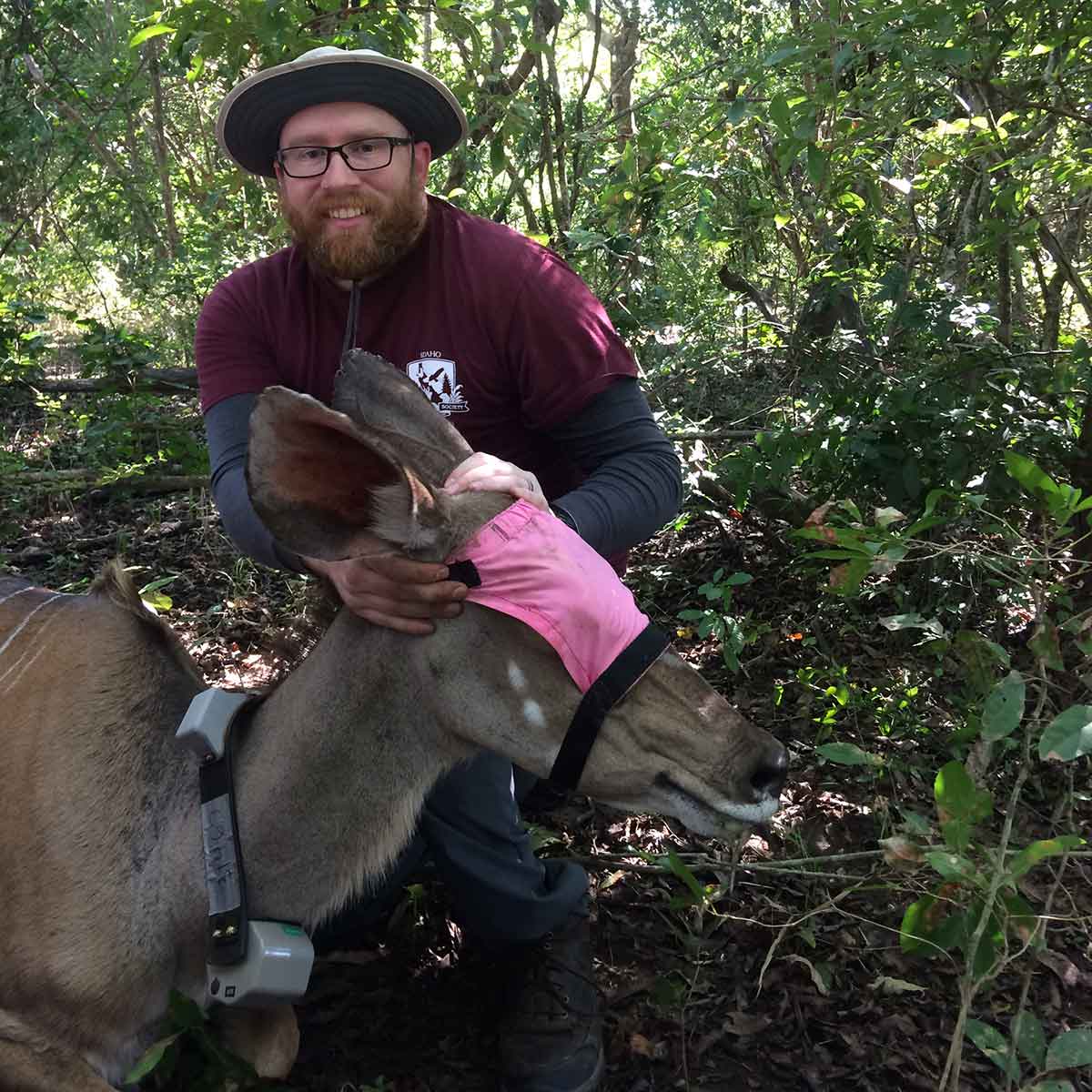 Matthew Rafferty holds the head of a blindfolded and collared female kudu antelope. 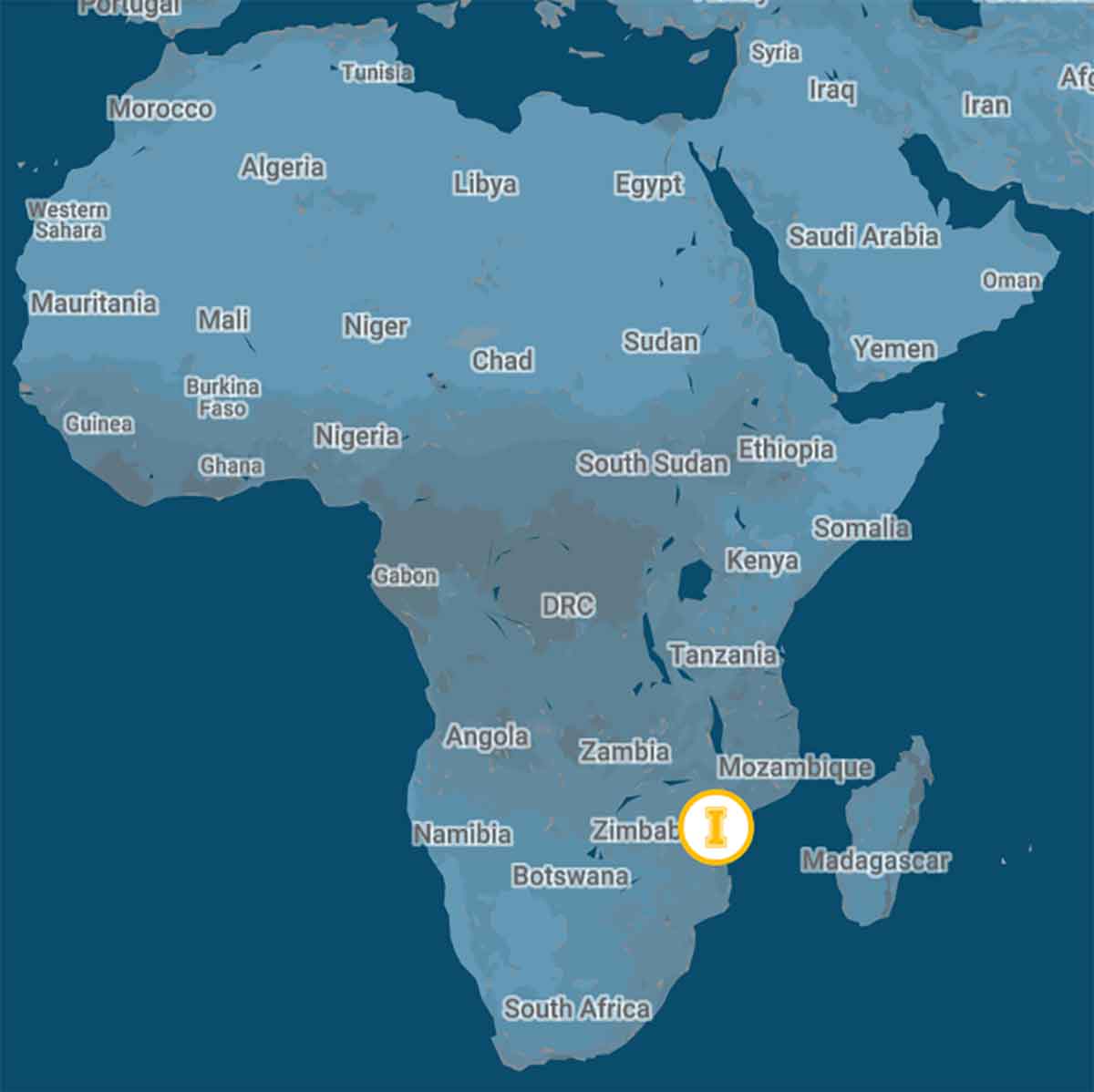 A map tagged with the Gorongosa National Park in Mozambique. 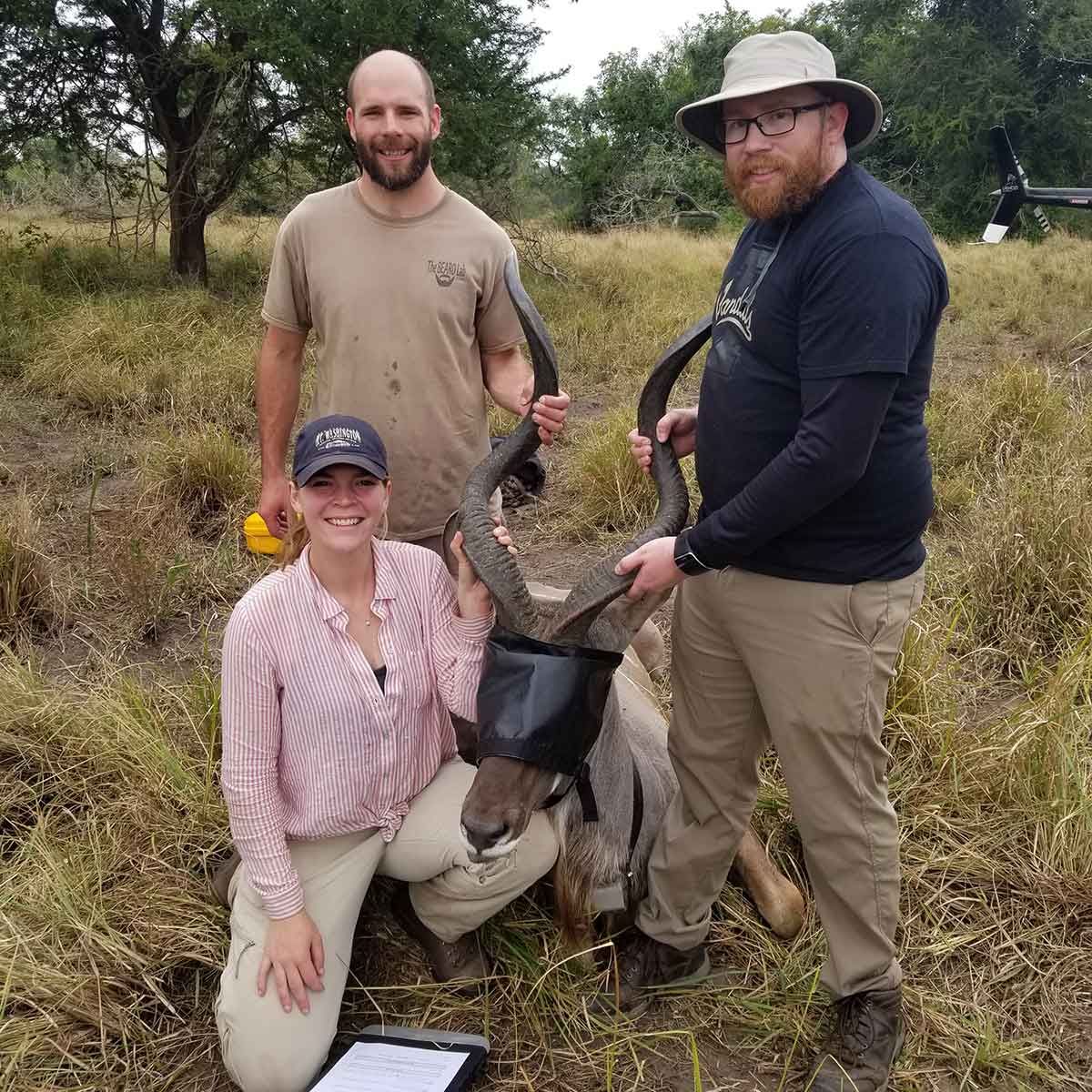 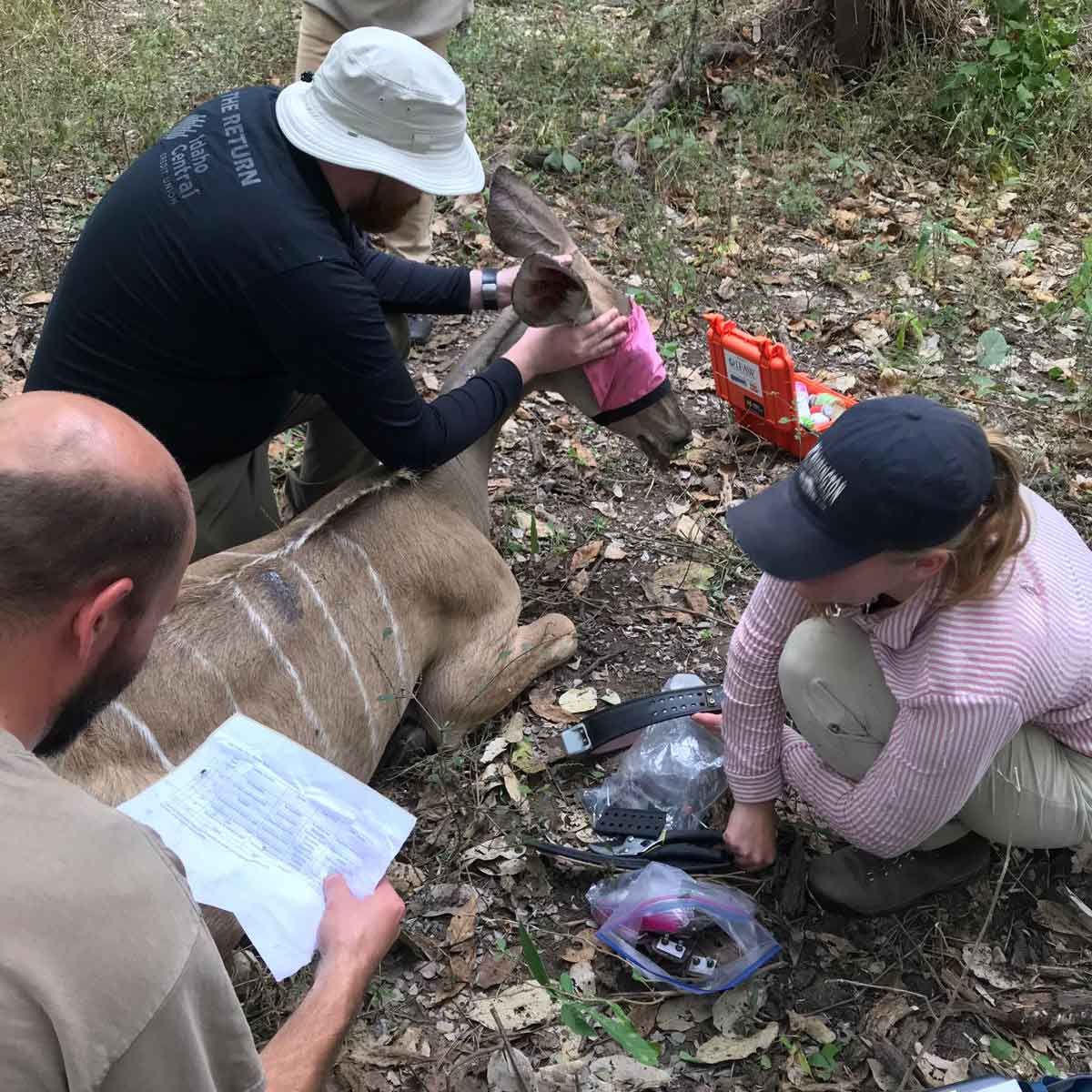 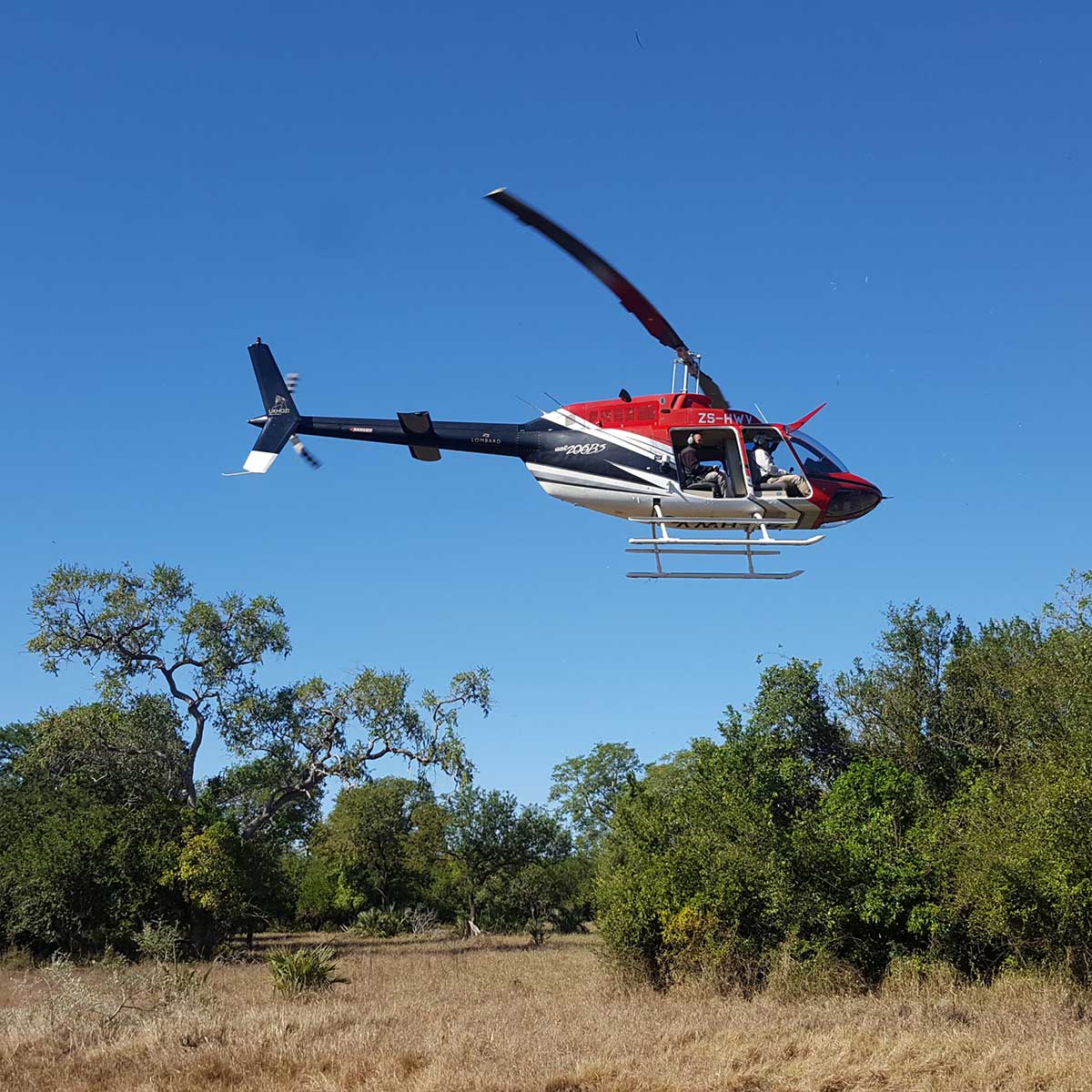 A red and black helicopter buzzes over the bush. 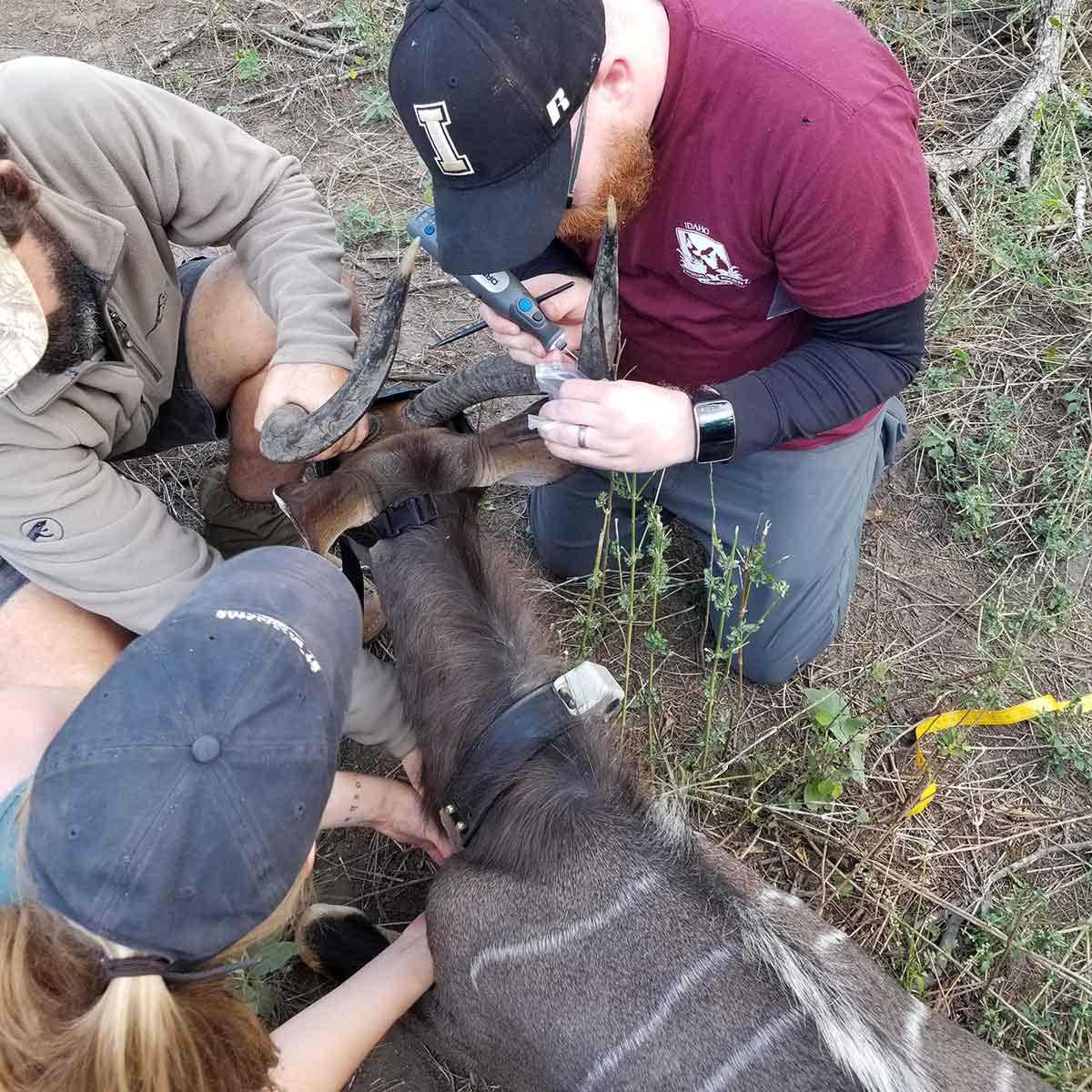 Matthew Rafferty uses a Dremel tool to take a sample of the horn of a blindfolded and collared male nyala antelope.

This project was funded under National Science Foundation grant 1656642. The total funding from this grant is $700,000, of which 100% is the federal share. Matthew Rafferty was partially funded by a Summer Undergraduate Research Fellowship award from U of I’s Office of Undergraduate Research.