The first annual Heritage Orchard Conference was presented by the University of Idaho at the Sandpoint Organic Agriculture Center in Sandpoint, Idaho on Friday, May 31. The conference will cover a variety of subjects pertaining to the cultivation and preservation of heritage fruit varieties. Speakers will include heritage tree fruit researchers, orchard professionals and independent heritage apple enthusiasts like David Benscoter of the Lost Apple Project and Dr. Steve Miller of the Wyoming Apple Project. This single day event will also include a discussion about the future goals and potential for collaboration among regional heritage orchard programs in the West.

We are excited to connect the many individuals who have been working independently with heritage fruit varieties in order to build a network for collaboration in the future. After all, these trees won’t save themselves. 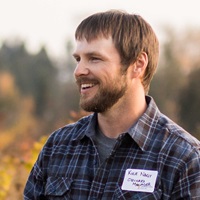 Kyle Nagy is the superintendent and orchard operations manager at the Sandpoint Organic Agriculture Center. The center includes a USDA Certified Organic orchard that specializes in antique and heirloom fruit varieties. 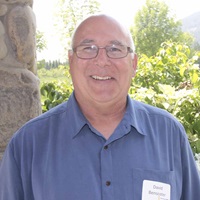 David Benscoter is a retired federal law enforcement agent who spent six years as an FBI special agent and 18 years as a criminal investigator for the U.S. Treasury. About nine years ago, David started getting interested in antique apples after pruning the 100-year-old orchard of a friend. As David tried to identify the 20 apple trees in the orchard, he learned that eastern Washington has a rich, almost unknown apple growing history which he has been researching since and has been published in fruit association publications and newspapers, including the New York Times.

David is one of a team known as the “Lost Apple Project” in partnership with the Whitman County Historical Society and alongside his colleagues, has discovered the following extinct/lost apple varieties: Fall Jeneting, Nero, Dickinson, Arkansas Beauty, Shackleford, McAfee, Saxon Priest, Kittageskee and Ewalt. The team’s goal is to continue to search for and recover lost apple varieties, known to have been grown or sold in eastern Washington and northern Idaho in the late 1800’s and early 1900’s. 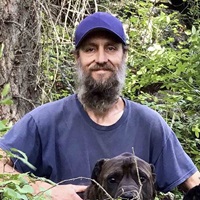 Casimir Holeski is a fruit explorer and grower living in Boundary County, Idaho. He is the founder of imagarden, a collaborative venture; I.M. Tree Crops, a permaculture-oriented nursery; and Boundary County Orchard Restoration Project.

As a father of four, Casimir is actively inspired to think about future generations in the actions he takes today. Casimir is passionate about creating local food systems and believes the time is right for a shift in focus back to a locally based economy. It is his vision and intention to build a network of fruit explorers, growers and collaborators in north Idaho, the Inland Northwest and beyond. 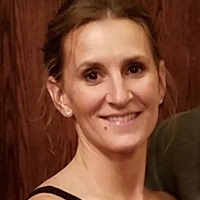 Sadie Barrett, founder of the Idaho Heritage Project (IHTP) has been conducting research, grafting and adventuring around Idaho and Montana in search of lost known varieties as well as discovering new varieties for the past 10 years. Western Agricultural Research Facility (Montana State University) and Willow Drive Nursery in Ephrata Washington support her work. John Bunker, founder of Fedco Seeds is also supportive and provides expertise, when needed. The IHTP has received state and national attention through NPR, Boise Weekly, The Post Register, The Missoulian and the Ravalli Republic. Sadie founded “Apple Festival” in Lemhi County, which brings in people from all over Idaho and the surrounding states.

Sadie has refined her focus to cider varieties, and has her sights set on a few shining stars she has discovered which she believes will contribute significantly for the hard cider industry. Sadie is traveling for the next year on a seed discovery expedition. One of her stops is Kazakhstan, where she plans on visiting the apple forests. 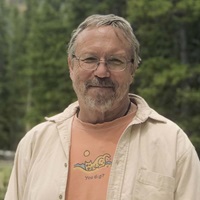 Steve Miller, Ph.D., is a mycologist at the University of Wyoming Department of Botany. Mushrooms are his profession; apples are his passion. He began to take scions from old apple trees near the University of Wyoming before expansion of the campus destroyed them. This led to providing the grafted apple trees to people in the community. Eventually he expanded the scope of his grafting activities to some of the oldest orchards in the state, and finally to all parts of Wyoming. Finding that the trees often could not be identified as to cultivar, he embarked on a project to use molecular techniques to provide cultivar names to the trees. 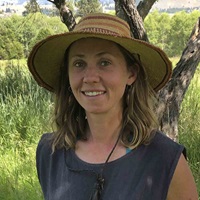 Katrina Mendrey is the orchard program manager at the WARC. She received her master’s in soils from the University of Washington School of Environmental and Forest Sciences. At WARC she supports research to identify cultivars and orchard management practices suited for Montana’s climate to help Montana fruit growers be more successful in their operations. She focuses on assisting growers turn research into action through outreach and education. She is also on a quest to find the Bitterroot’s “bitterest” apple. More information about Montana apples and WARC’s fruit research can be found at www.mtapples.org or on WARC’s website http://agresearch.montana.edu/warc/. 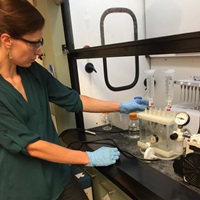 Rachel Leisso, Ph.D., is the new horticultural professor at the Montana State University-Western Ag Research Center (WARC) as of July 2019. Prior to her position at WARC, she was a postdoctoral scholar at the USDA-Tree Fruit Research lab in Wenatchee, Washington, where she researched apple root exudate metabolic profiles in combination with soil microbiome dynamics. Her doctorate is from Washington State University, where she studied the metabolic basis, molecular biomarkers and treatments for postharvest storage disorders in Honeycrisp apple fruit. She also has experience in applied orchard management research, fruit postharvest quality analyses and plant disease diagnostics. 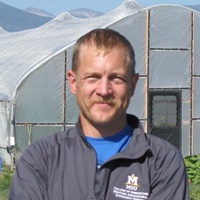 Zach Miller, Ph.D., is an assistant professor and superintendent of the Montana State University-Western Ag Research Center (WARC). WARC’s focus is on high-value specialty crops including fruits and vegetables.

Miller’s expertise is in plant and pest ecology and integrated pest management. He’s conducted research around the globe, from the rain forests of Central and South America to the high plains of the Highline. He received his doctorate from the University of Michigan. At Montana State University, Miller has used this ecological approach to address a variety of challenges facing farmers in the region. He’s collaborating with scientists at MSU and across the country to improve integrated pest management of weeds and disease in a variety of crops. In horticultural crops, Miller is researching a variety fruit and vegetable production topics, including vegetable varieties suited for organic production, maximizing yields and returns for high tunnels, cold-hardy fruit, including grapes and cider apples. More information about Miller and the research conducted at WARC can be found on their website (http://agresearch.montana.edu/warc/).