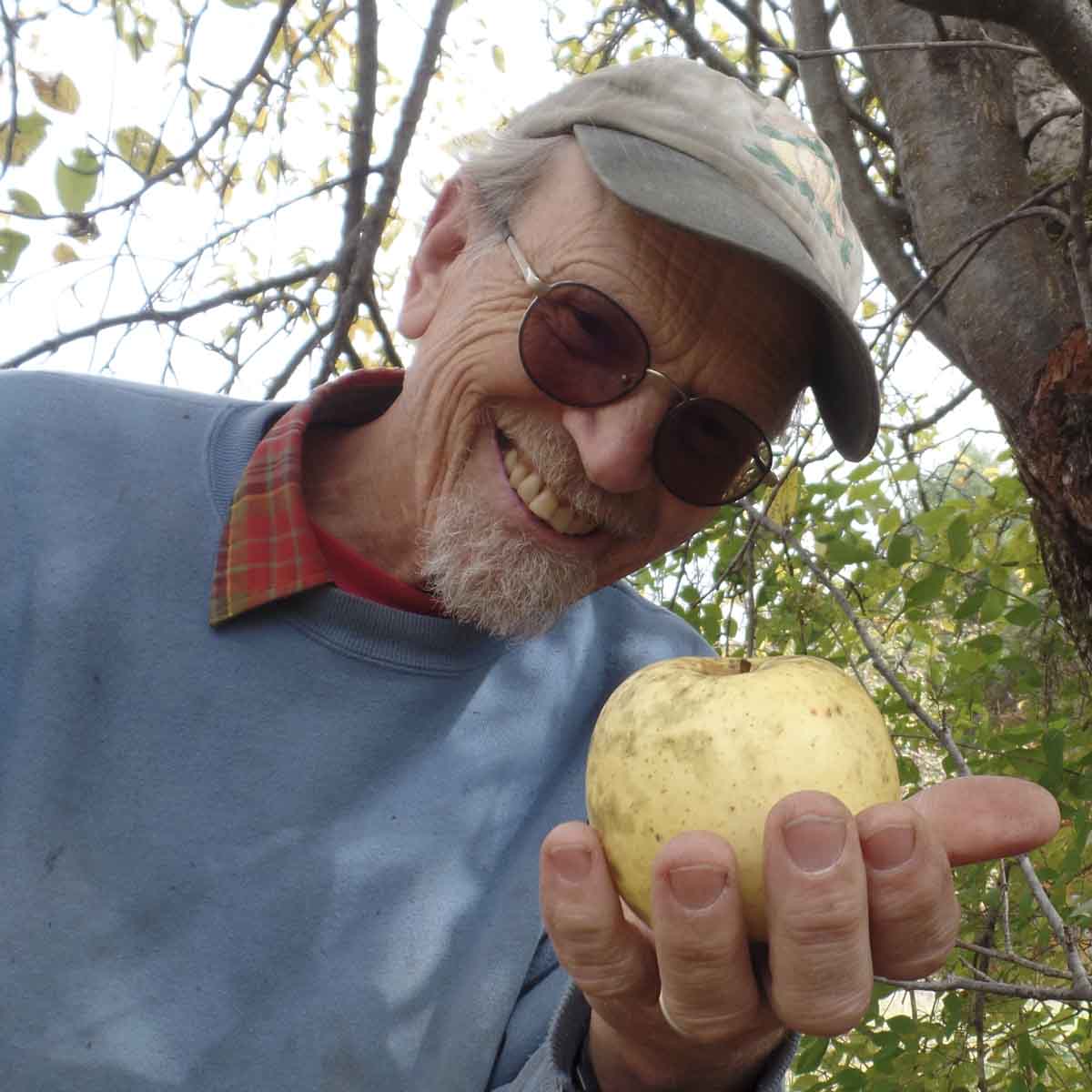 John Bunker is an apple historian, gardener and orchardist. In 1984 he started the cooperative mail-order nursery Fedco Trees. In 2012 he founded the Maine Heritage Orchard in Unity Maine. His recent book, “Apples and the Art of Detection” recounts his 40 years of tracking down, identifying and preserving rare apples. He lives with Cammy Watts on Superchilly Farm in Palermo Maine. To contact John or to learn more about John and Cammy’s activities, go to outonalimbapples.com. 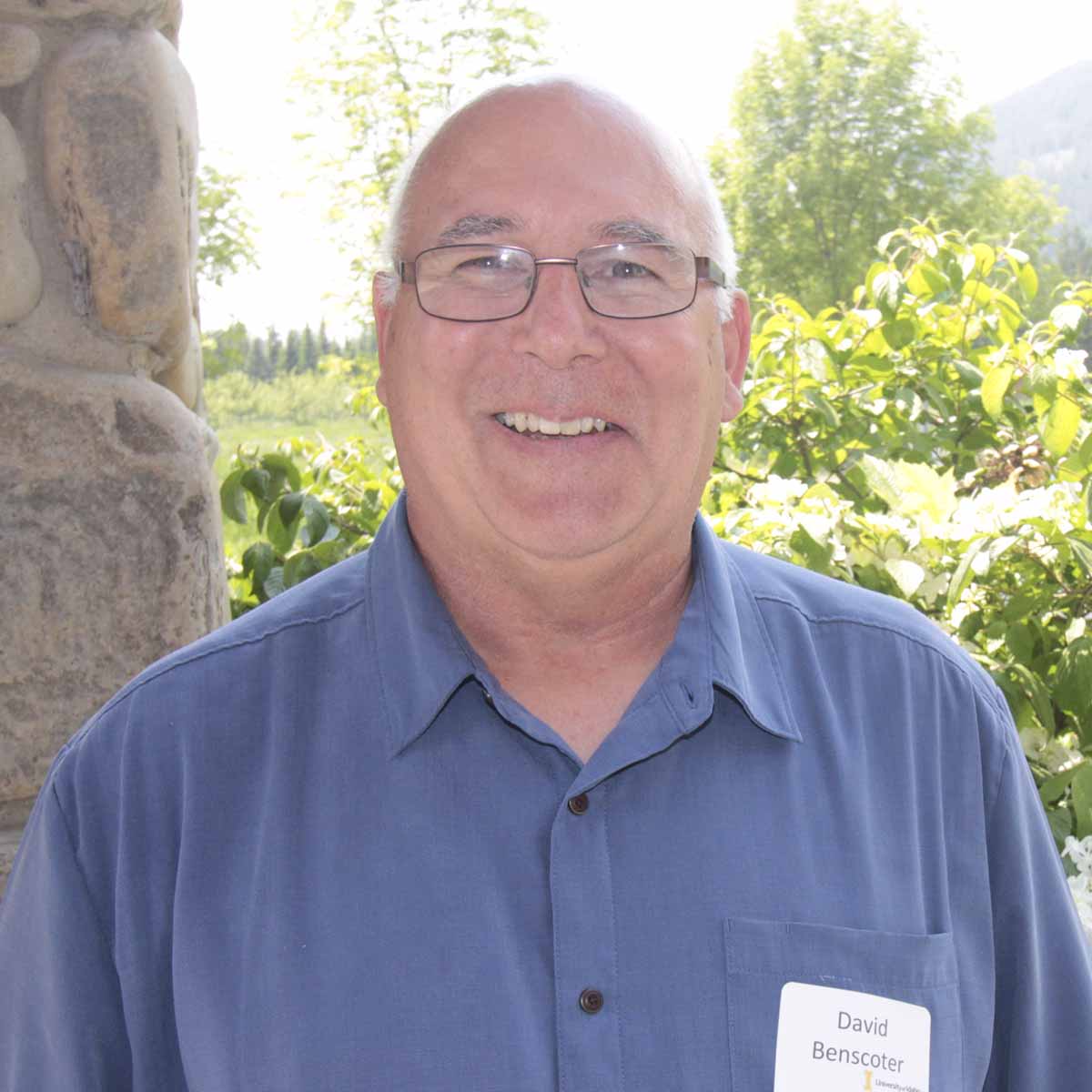 David Benscoter is a retired federal law enforcement agent. I spent six years as an FBI special agent and 18 years as an IRS criminal investigator. In 2012, I started getting interested in antique apples when I pruned the 100 year old orchard of a friend just north of Spokane, Washington. As I tried to identify the apple trees in her orchard I learned that eastern Washington has a rich but nearly little known apple growing history. The state of Washington is famous for growing apples but those orchards are mostly irrigated orchards along the Columbia River and its tributaries in the central part of the state.

I began researching the history of apple growing in eastern Washington in 2013 and I soon learned that apples now considered extinct were grown in eastern Washington and northern Idaho in the early 1900’s. I began searching for extinct or lost apple varieties in Whitman County, Washington. Joanie Cooper and Shaun Shepherd, two gifted apple identification experts who live in Oregon, agreed to evaluate the apples I sent them. Joanie and Shaun are also known for establishing The Temperate Orchard Conservancy, a place where fruit trees in danger of extinction can find safety and be preserved forever. I later partnered with the Whitman County Historical Society and started The Lost Apple Project.

In 2014 my search turned up a formerly extinct apple, the Nero. In 2016, two other once lost apples were rediscovered in Whitman County, the Dickinson and the Arkansas Beauty. In total, The Lost Apple Project and the Temperate Orchard Conservancy have found 23 apple varieties once thought to be extinct. Over 250 apple varieties have been documented as growing at one time in eastern Washington and northern Idaho. We are looking for 39 of those apples as they are today considered lost or extinct. Our hope is to find these lost varieties and re-introduce them to the public. 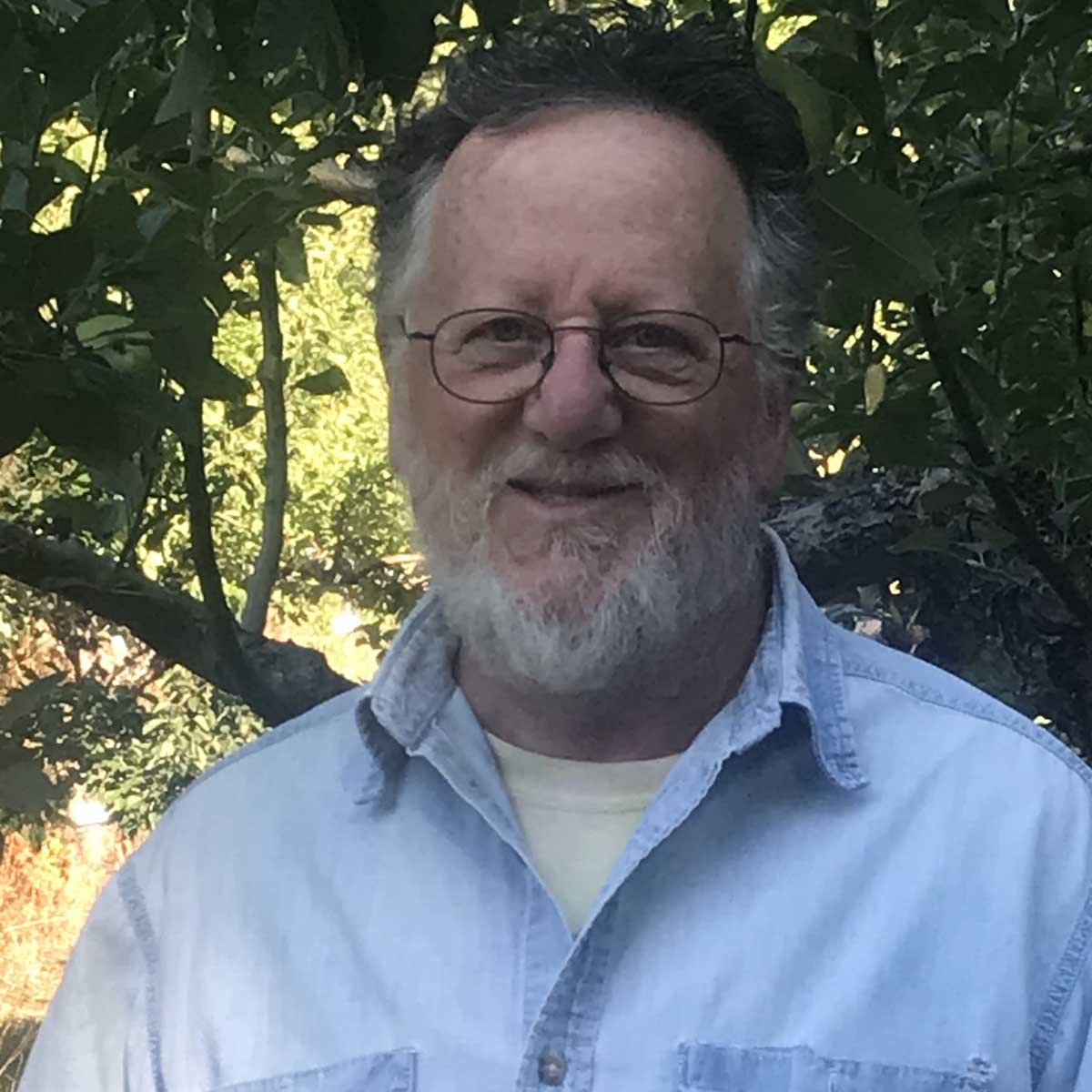 Joseph Postman retired in August 2019 from the USDA National Clonal Germplasm Repository in Corvallis, Oregon, where he worked for more than 35 years as a plant pathologist and curator. He helped to develop the living “World Pear Collection” representing genetic diversity of pear cultivars and species from around the world. Along with his wife, Lois Olund, he is now tending his personal collection of a hundred or so apple cultivars, an assortment of blueberries, grapes and pears, and a flock of Wensleydale sheep on their small farm outside of Corvallis. 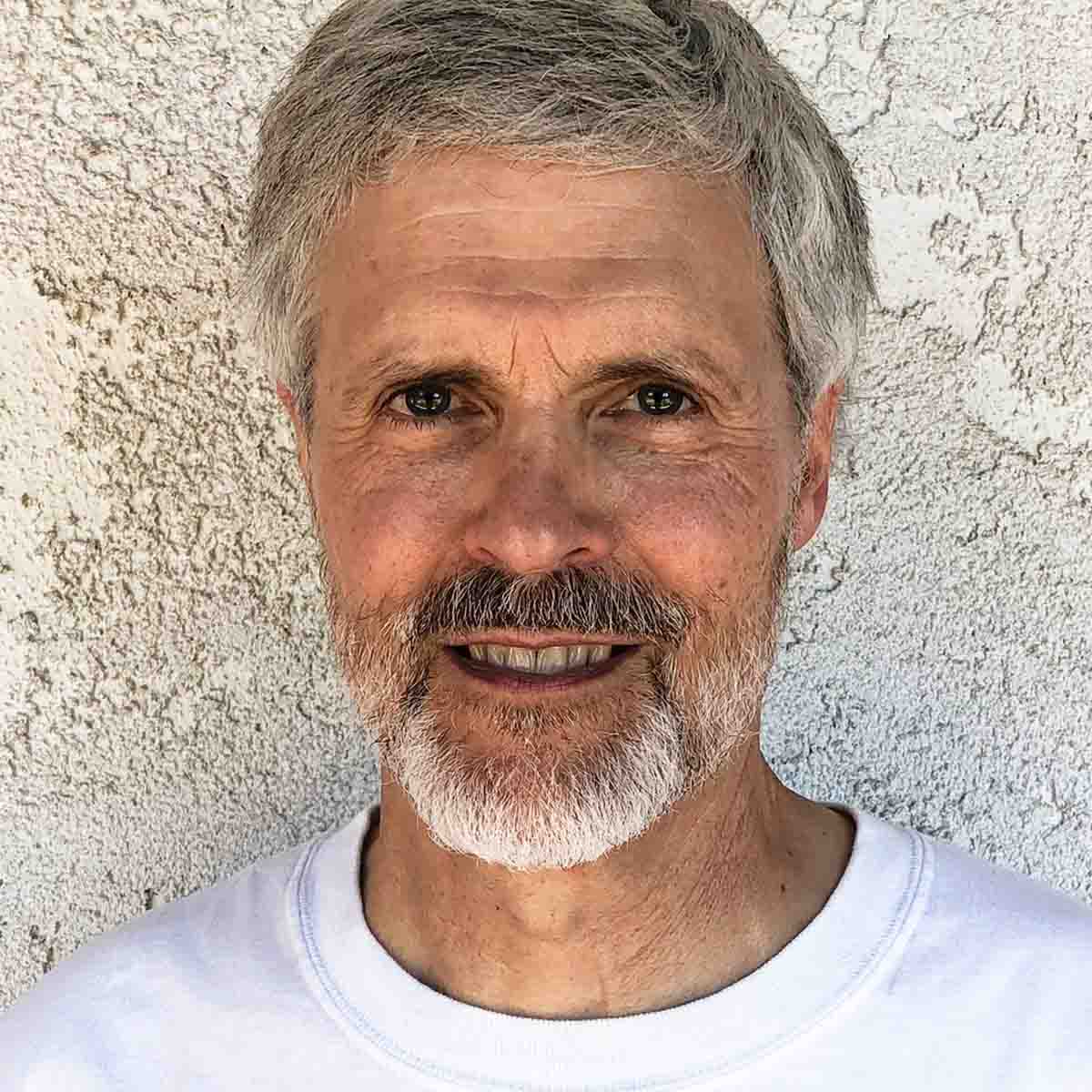 Richard Uhlmann is co-founder of the Idaho Chapter of the Lost Apple Project and is a volunteer with the UI Extension’s Idaho Master Gardener Program in Ada County. He is a retired gastroenterologist in Boise, Idaho, and was an associate professor of Medicine and Public Health at the University of Washington. 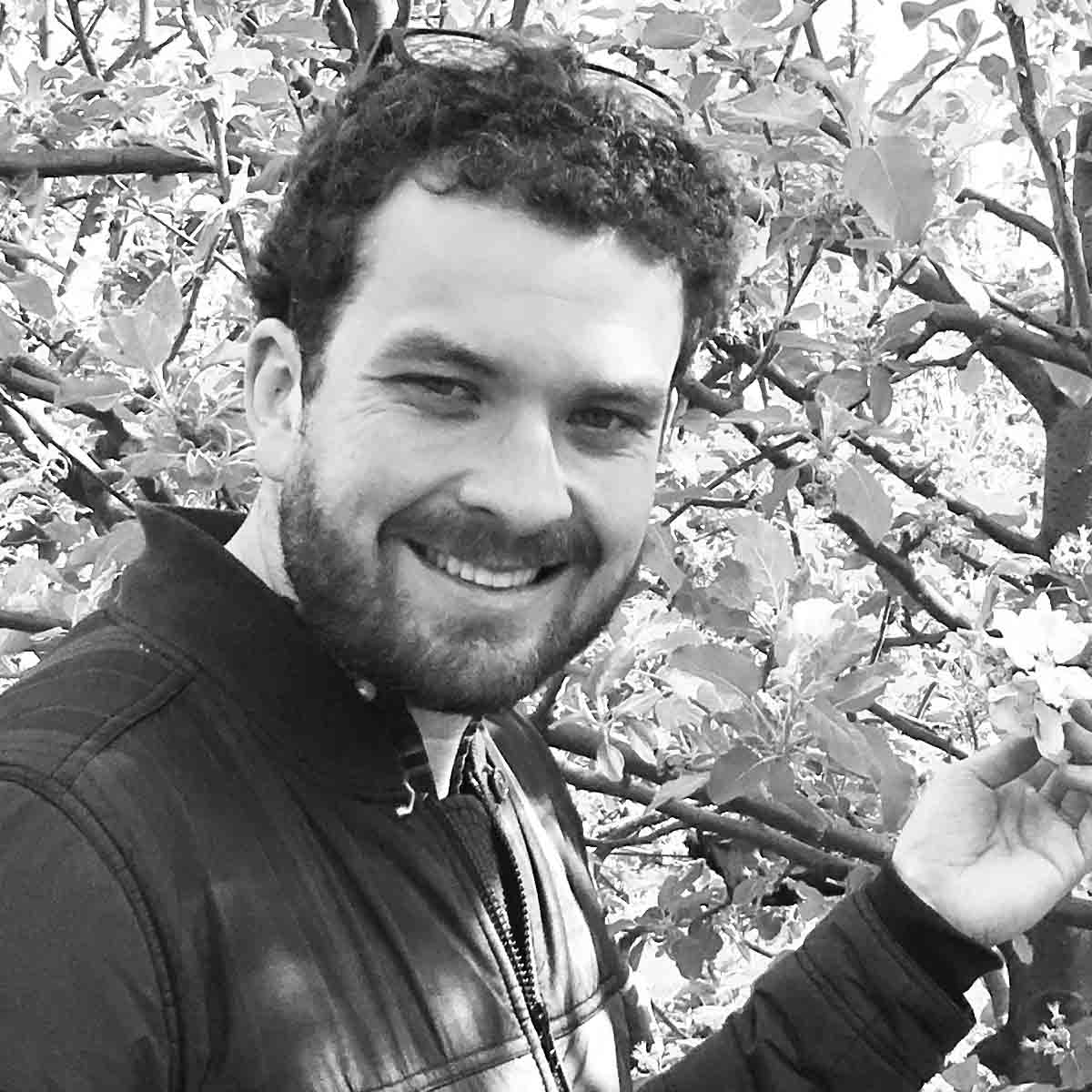 Dan Pucci is one of the nation’s leading cider experts. He was the founding beverage director at Wassail, New York City’s first cider bar and restaurant, and has since traveled the country in a continued pursuit of cider education, awareness and research. He is a partner in Wallabout Hospitality, a New York State-based consulting and hospitality company and, together with friend and co-author Craig Cavallo, author of American Cider: A Modern Guide to a Historic Beverage. 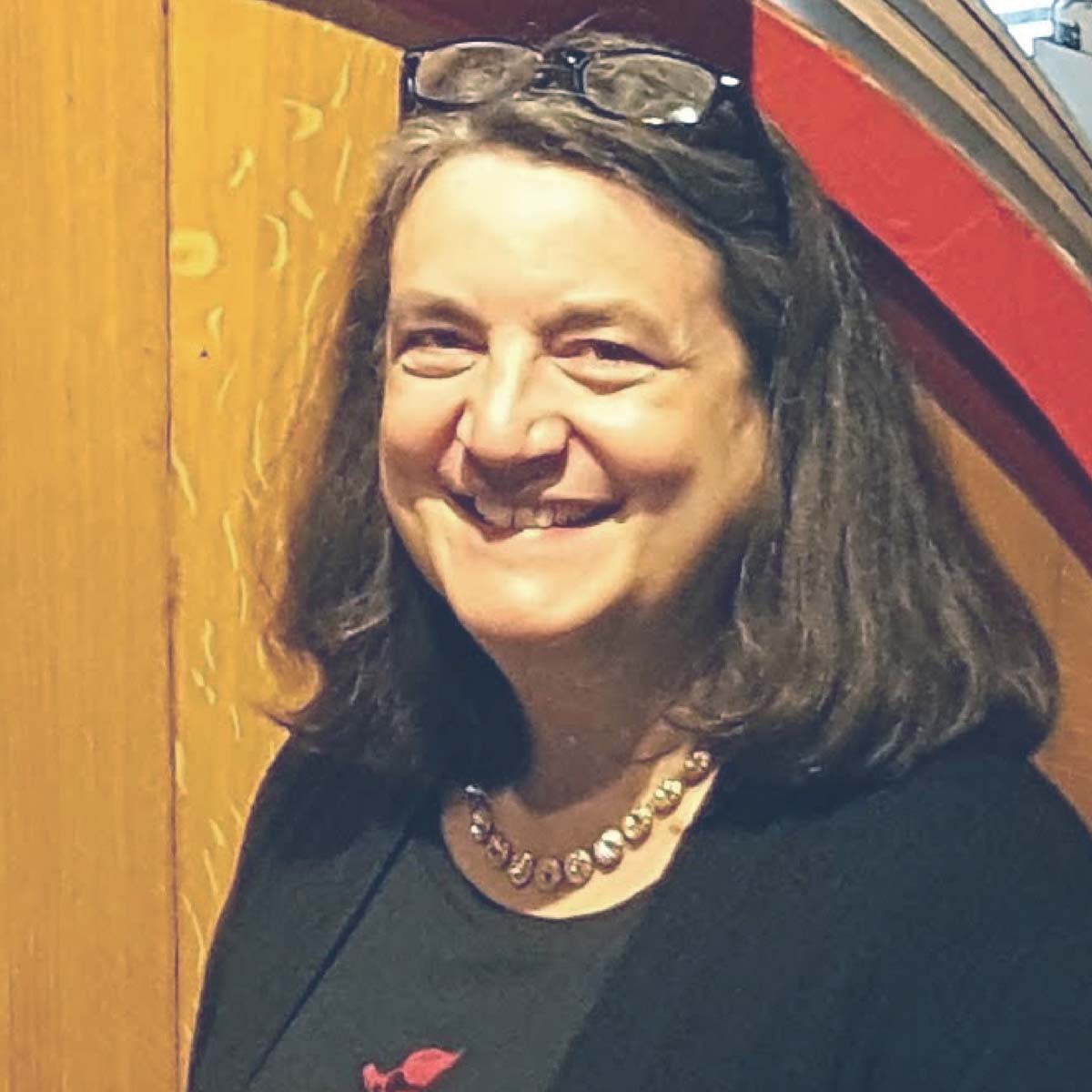 Eleanor Leger is the founder of Eden Specialty Ciders of Vermont, a leading producer of ice ciders and harvest driven ciders. She has served on the Board of the American Cider Association, owner of Eden Ciders, as a member of the Vermont Working Landscape Enterprise Board and was a founder of the Vermont Cider Makers Association. In addition to leading the team at Eden, Eleanor writes about the economics of small cider production at cidernomics.com. 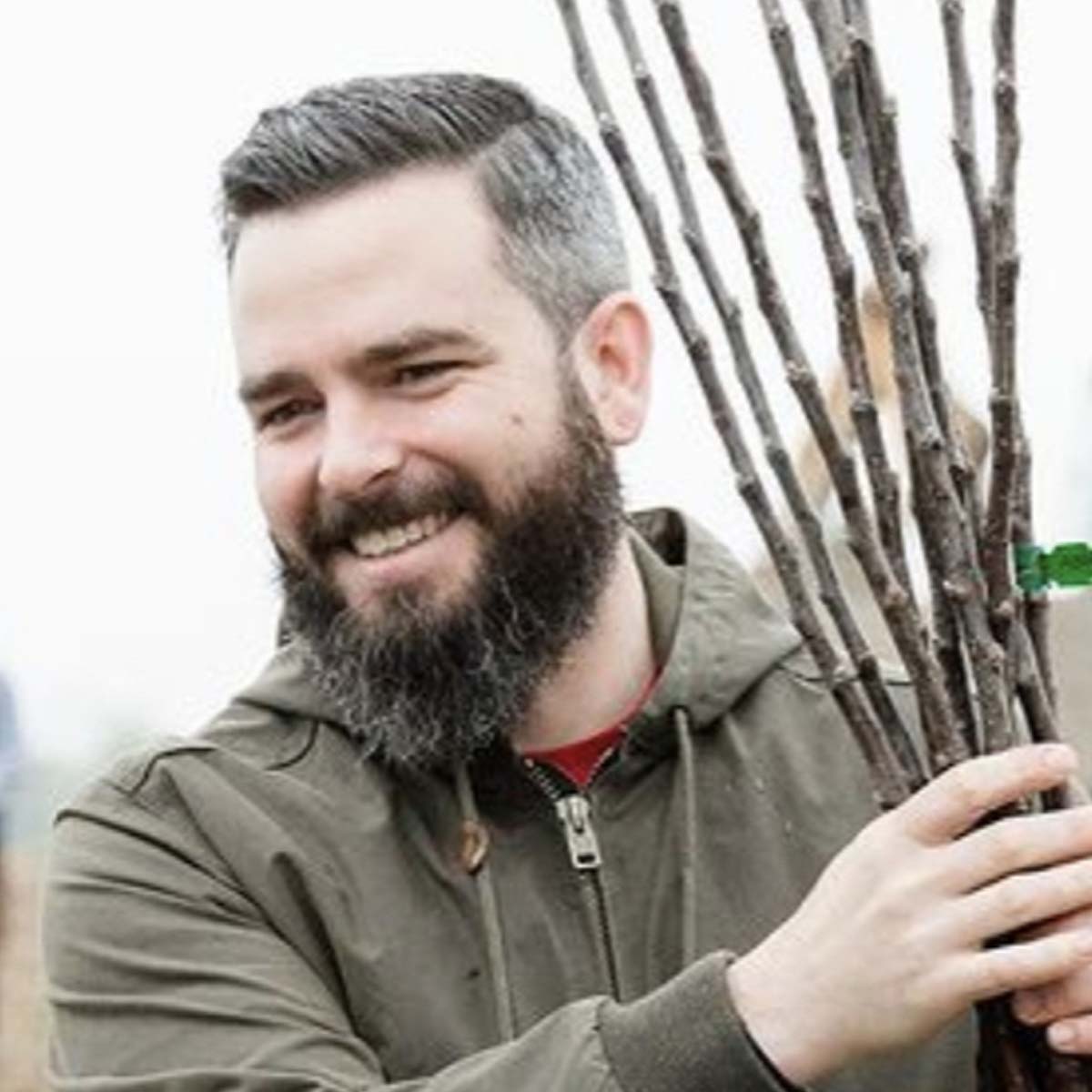 Ryan Burk has been fermenting things since he was a teenager living in apple country along the shores of Lake Ontario. He went pro in 2012, first in Michigan and now as head cidermaker at Angry Orchard. Living and working in New York's Hudson Valley, he's taking full advantage of the bounty of heirloom apples around him to create ciders for the Innovation Cider House in Walden. 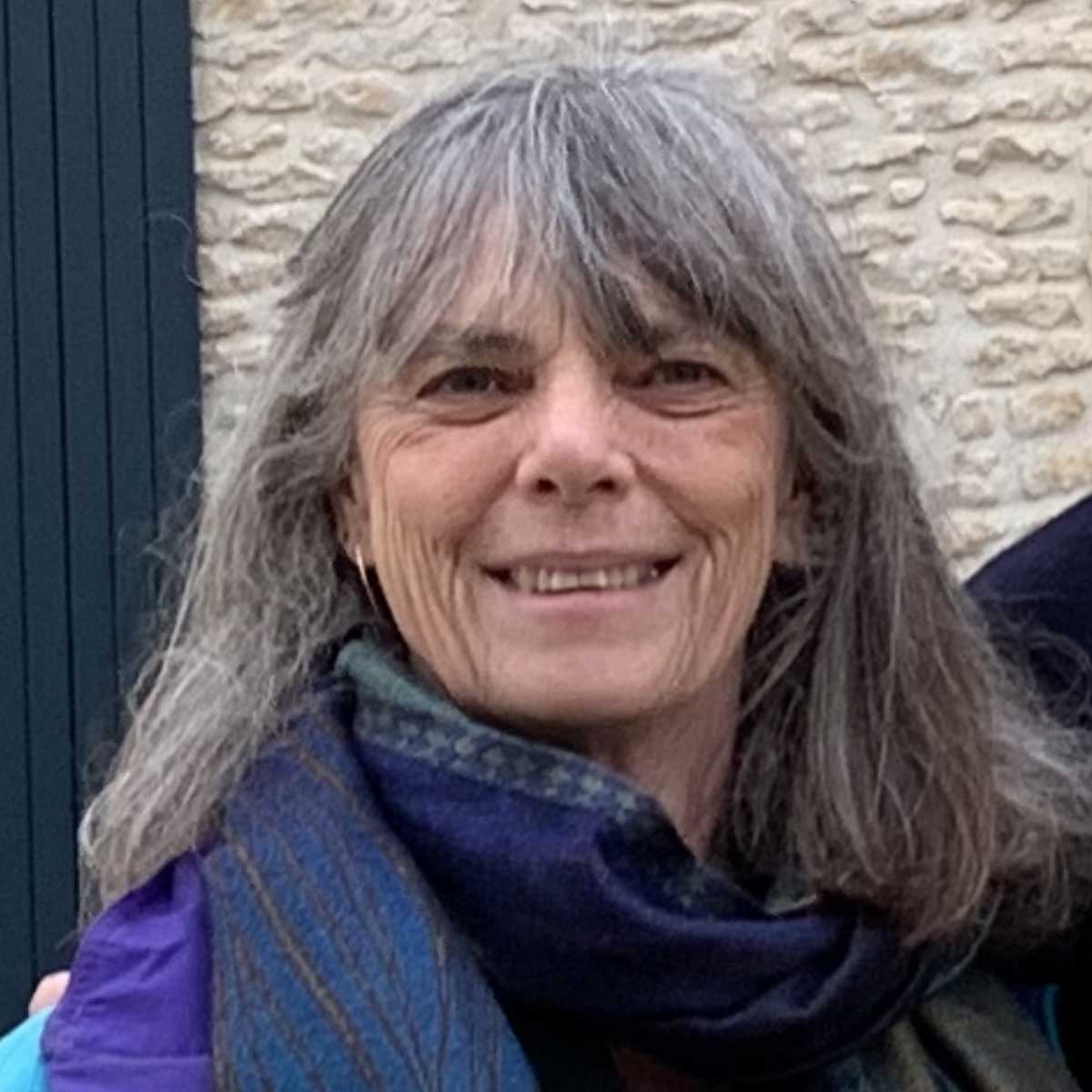 Cider expert, historian and author, allintocider.com, Darlene Hayes is a well regarded international cider judge and teacher. She is editor of the all things apples, orchards and cider zine Malus (maluszine.com), and writes about cider for a variety of publications. She is currently exploring the history and character of the wide variety of apples that are used in cidermaking. 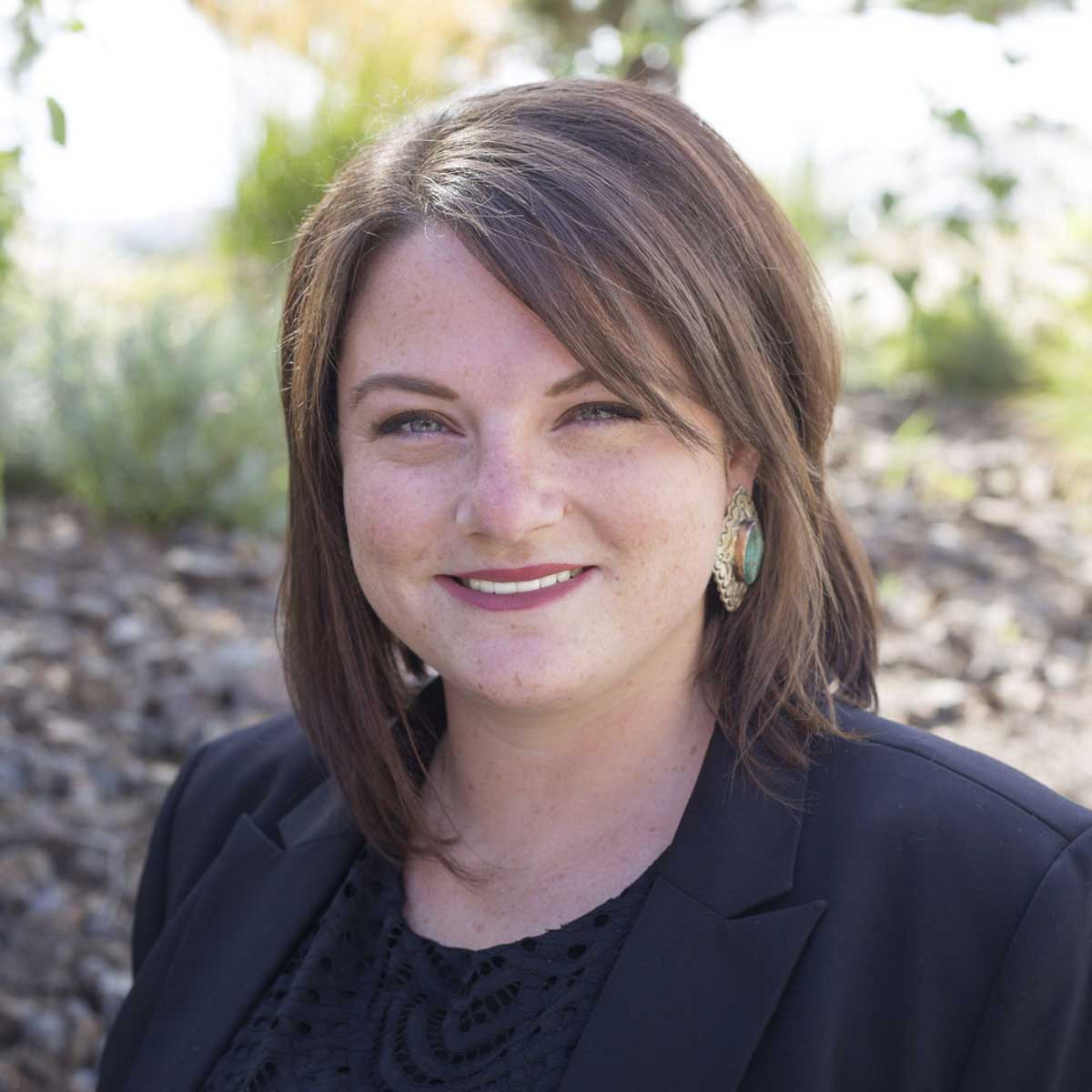 Tanner Hunt is a national crop coordinator for the National Clean Plant Network who is passionate about protecting American agriculture for future generations to enjoy. She is looking forward to learning and participating in this year’s webinar series from the Heritage Orchard Conference. 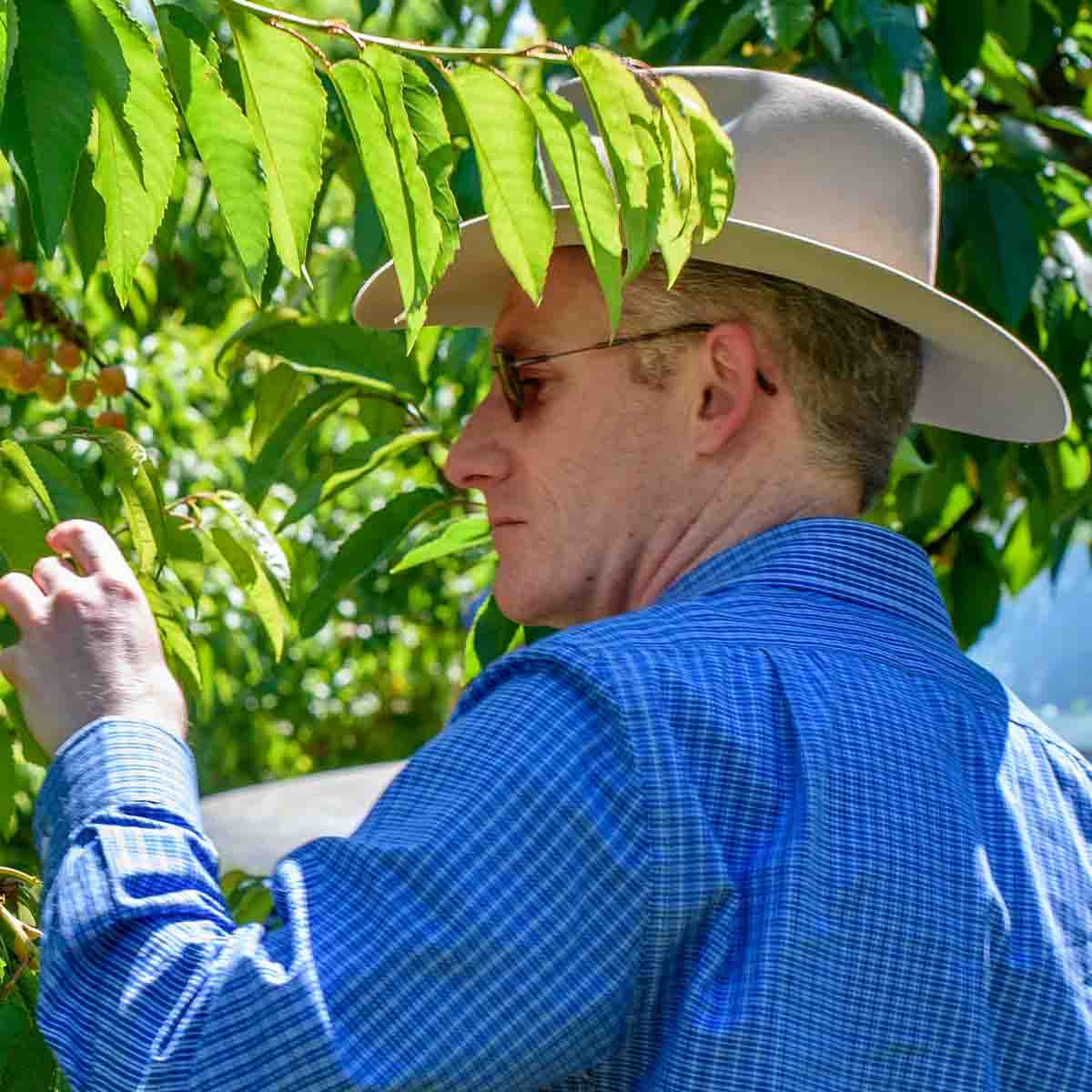 Harper received his doctorate from the University of Auckland in 2009 and has subsequently worked in regulatory and research environments. Since 2017 he has been an assistant professor in the Plant Pathology Department at Washington State University, and director of the Clean Plant Center Northwest. His research focus is on understanding the interaction between viruses and their plant hosts and is presently studying diseases of both fruit trees and hops. 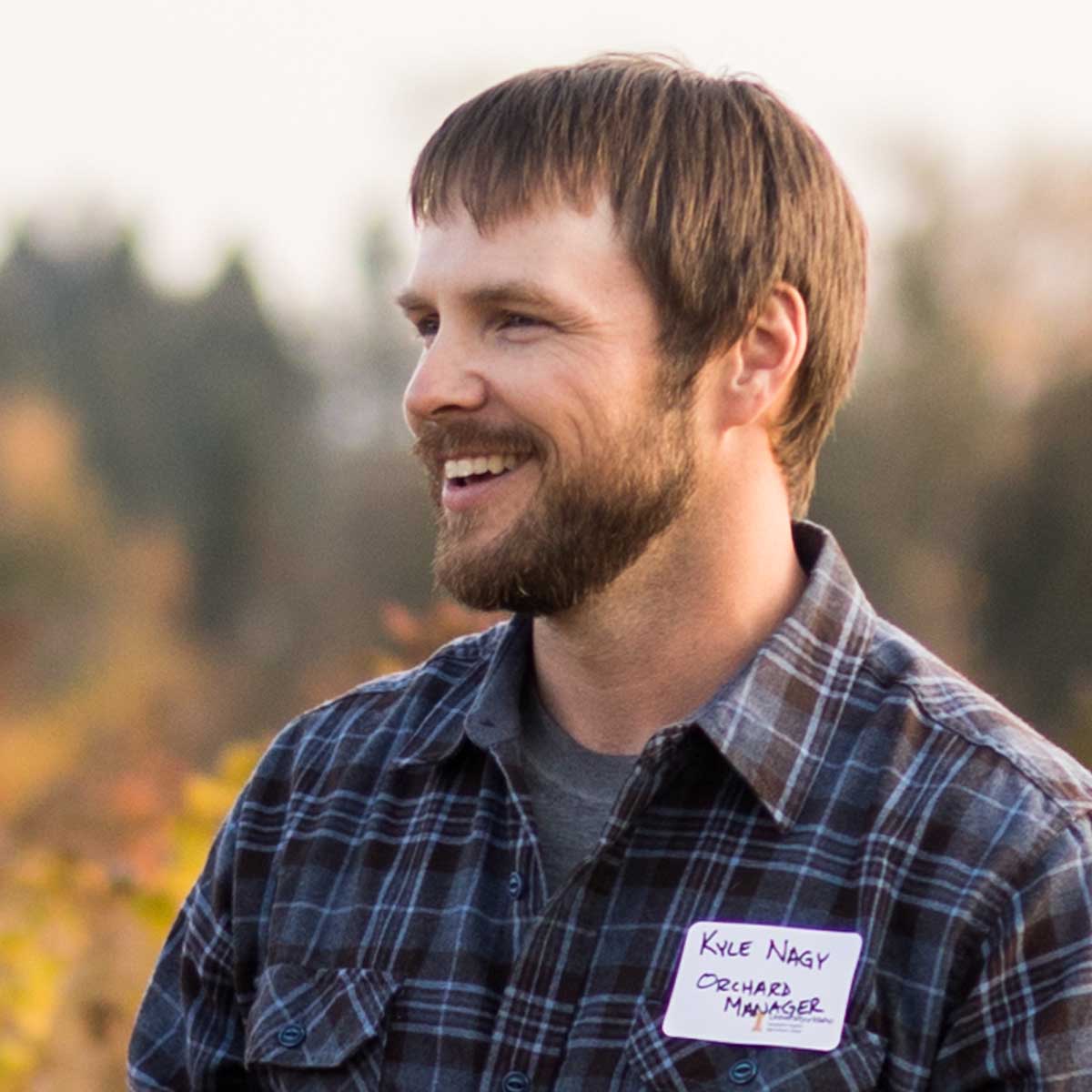 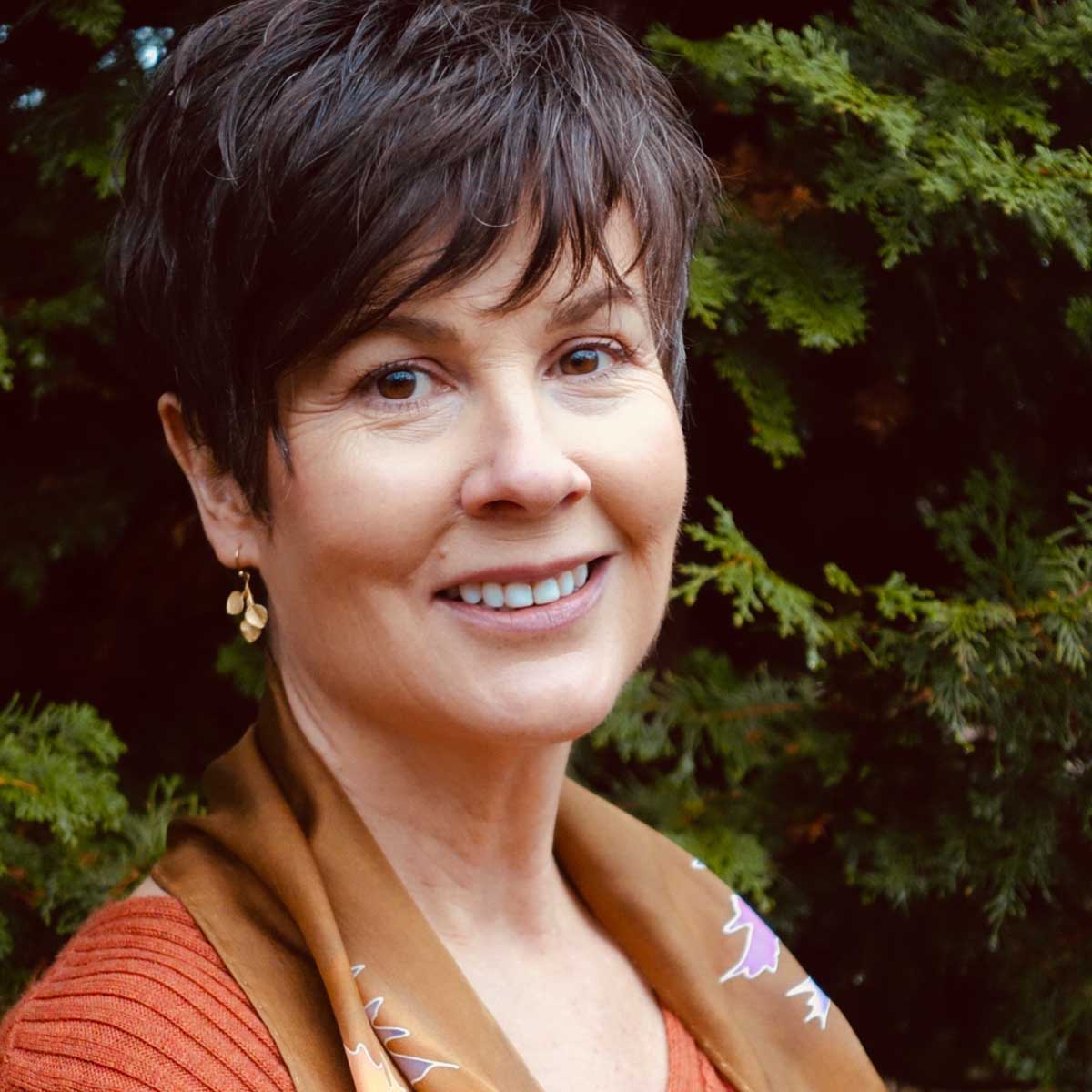 Susan Dolan is the bureau historical landscape architect for the National Park Service and the national manager of the Park Cultural Landscapes Program. Her responsibilities include guiding the 423 national park units in preserving cultural landscapes. Her academic background is in horticulture and landscape architecture. In 2009, she authored Fruitful Legacy, a book about the history of orchards in the United States with guidance for nominating orchards for listing in the National Register of Historic Places. Since then, she has authored the Historic Orchard and Fruit Tree Stabilization Handbook and helped NPS staff restore or rehabilitate historic orchards. She has worked with the NPS for 24 years. 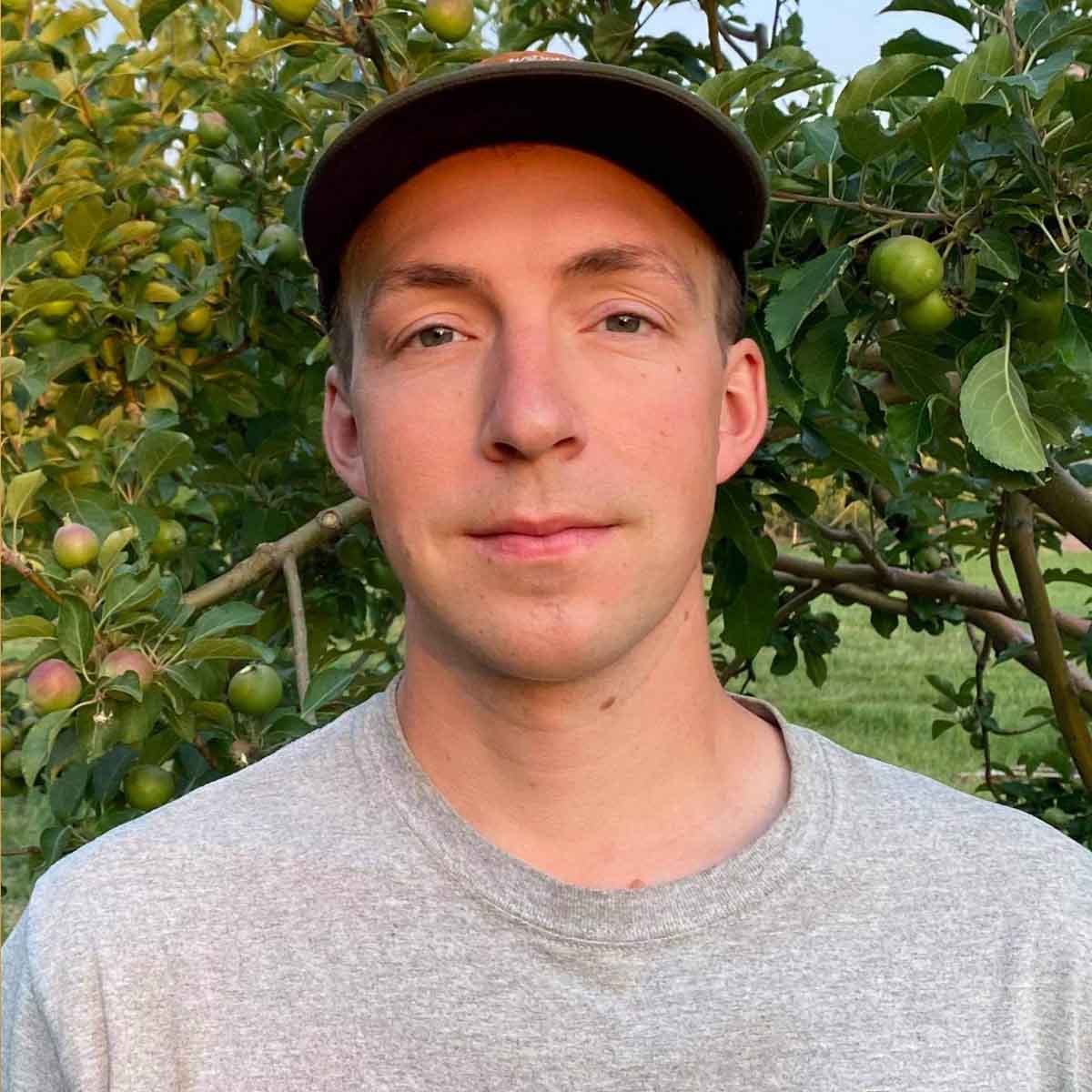 Fritz Maslan is the horticulturist for Capitol Reef National Park in southern Utah and oversees orchard operations in the park’s Fruita Rural Historic District. The park manages a collection of historic fruit orchards which were originally planted by pioneers in the early 1880’s, and include apples, pears, peaches, apricots among other fruits. His position includes day to day maintenance of the orchards, planning replanting and rehabilitation efforts for the park’s 1,900 fruit trees, and interfacing with members of the public. Fritz’s background is in horticulture, and he is currently working to become a certified arborist. He has worked for the NPS for four years. 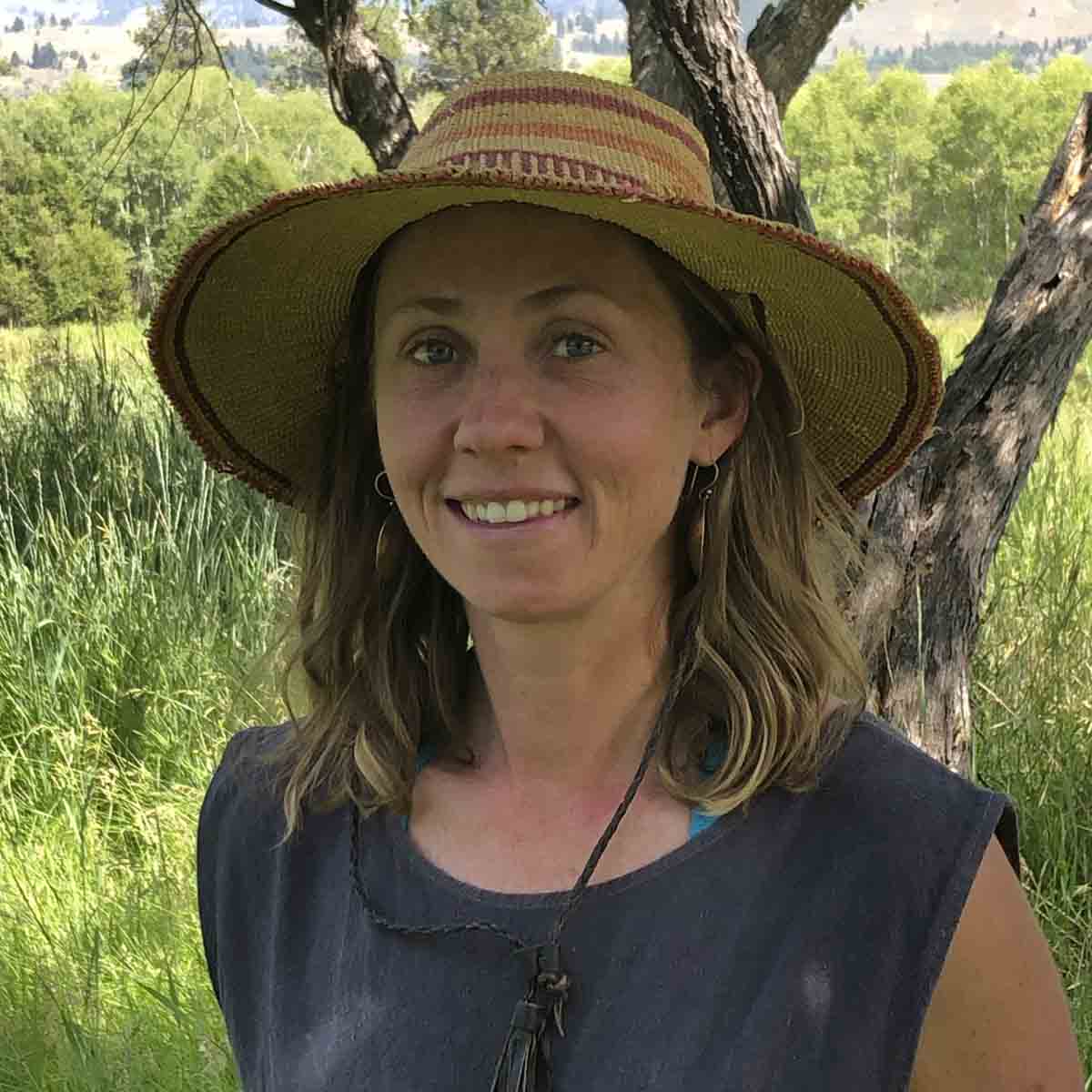 Katrina Mendrey is the orchard program manager at the WARC. She received her master’s in soils from the University of Washington School of Environmental and Forest Sciences. At WARC she manages the Montana Heritage Orchard Program and supports research to identify cultivars and orchard management practices suited for Montana’s climate to help Montana fruit growers be more successful in their operations. She focuses on assisting growers turn research into action through outreach and education. She is also on a quest to find the Bitterroot’s “bitterest” apple. More information about Montana apples and WARC’s fruit research can be found at www.mtapples.org or on WARC’s website http://agresearch.montana.edu/warc/. 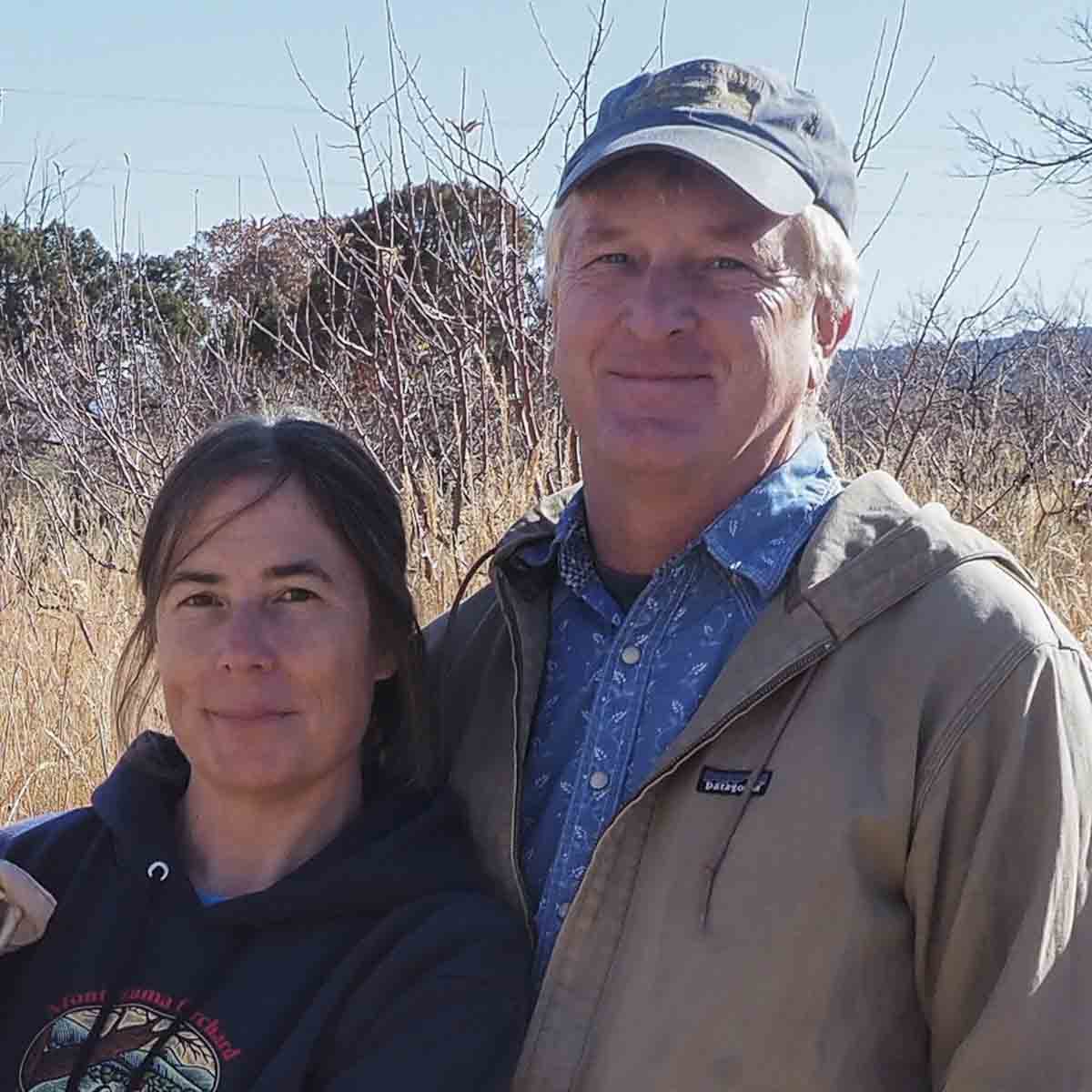 The roots of Montezuma Orchard Restoration Project (MORP) began when co-founders Jude and Addie Schuenemeyer got into the nursery profession in 2001. They originally ran a nursery that had been in business for over 50 years and had a lot of older clientele, who often asked about apple varieties they remembered enjoying as children. In asking around, the Schuenemeyers learned the area’s rich history, discovered other rare varieties and realized just how many old trees still grew in Montezuma County — quite often with the descendants of settlers who planted these old orchards still living on the original farms or at least in the area. MORP was founded to preserve Colorado’s fruit growing heritage and restore an orchard culture and economy to the southwestern region. 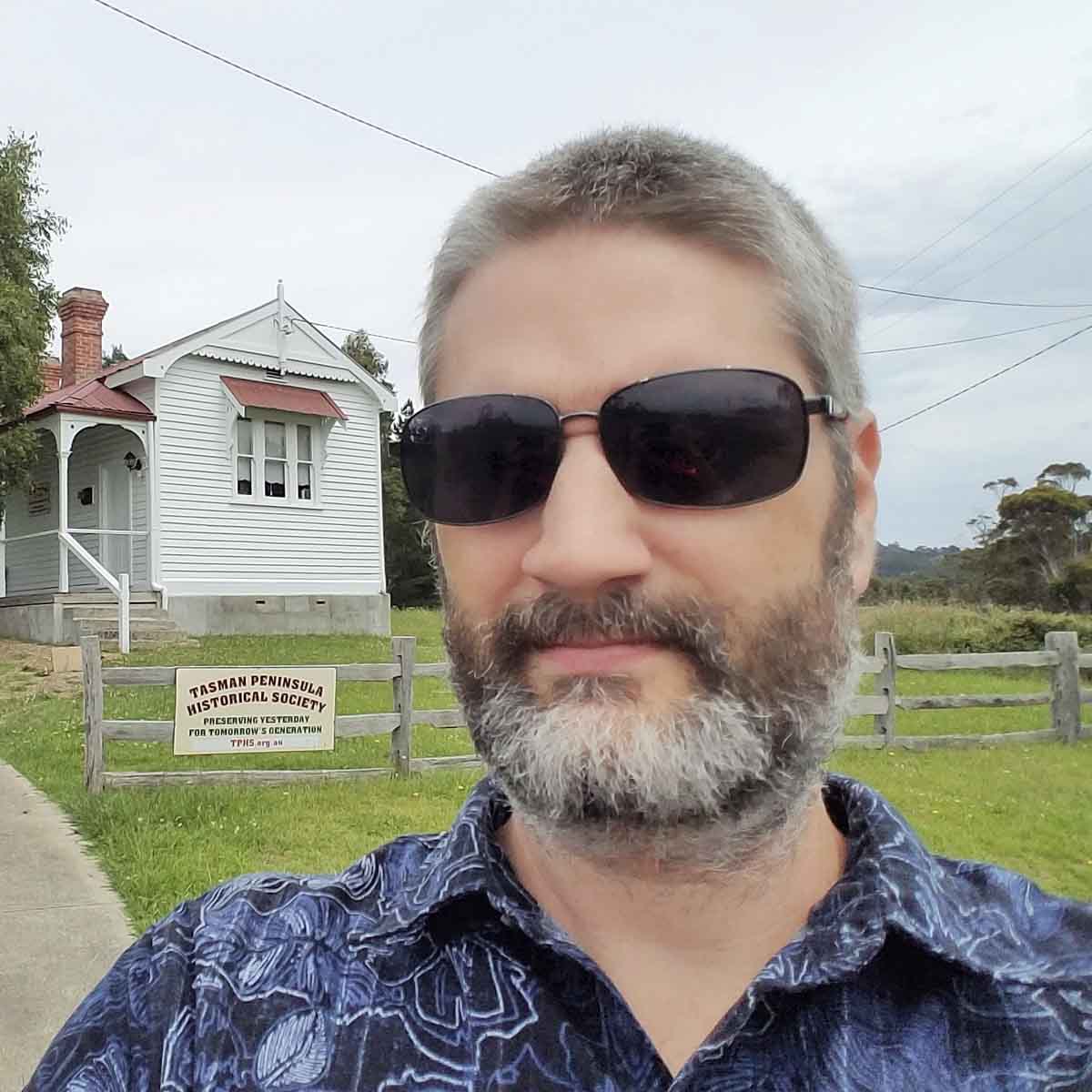 Cameron Peace is fascinated by fruit, genetics, history and what breeding offers future generations. He is a professor in the Department of Horticulture at Washington State University, and his research program aims to bring the benefits of natural diversity and the genomics age to fruit breeding. He uses new genome-wide DNA profiling techniques to understand the inherited attributes and ancestry of fruit trees. His current passion is reconstructing the family tree of all apple varieties, and the same for cherry. In Pullman, he oversees the student-run Palouse Wild Cider Apple Breeding Program. 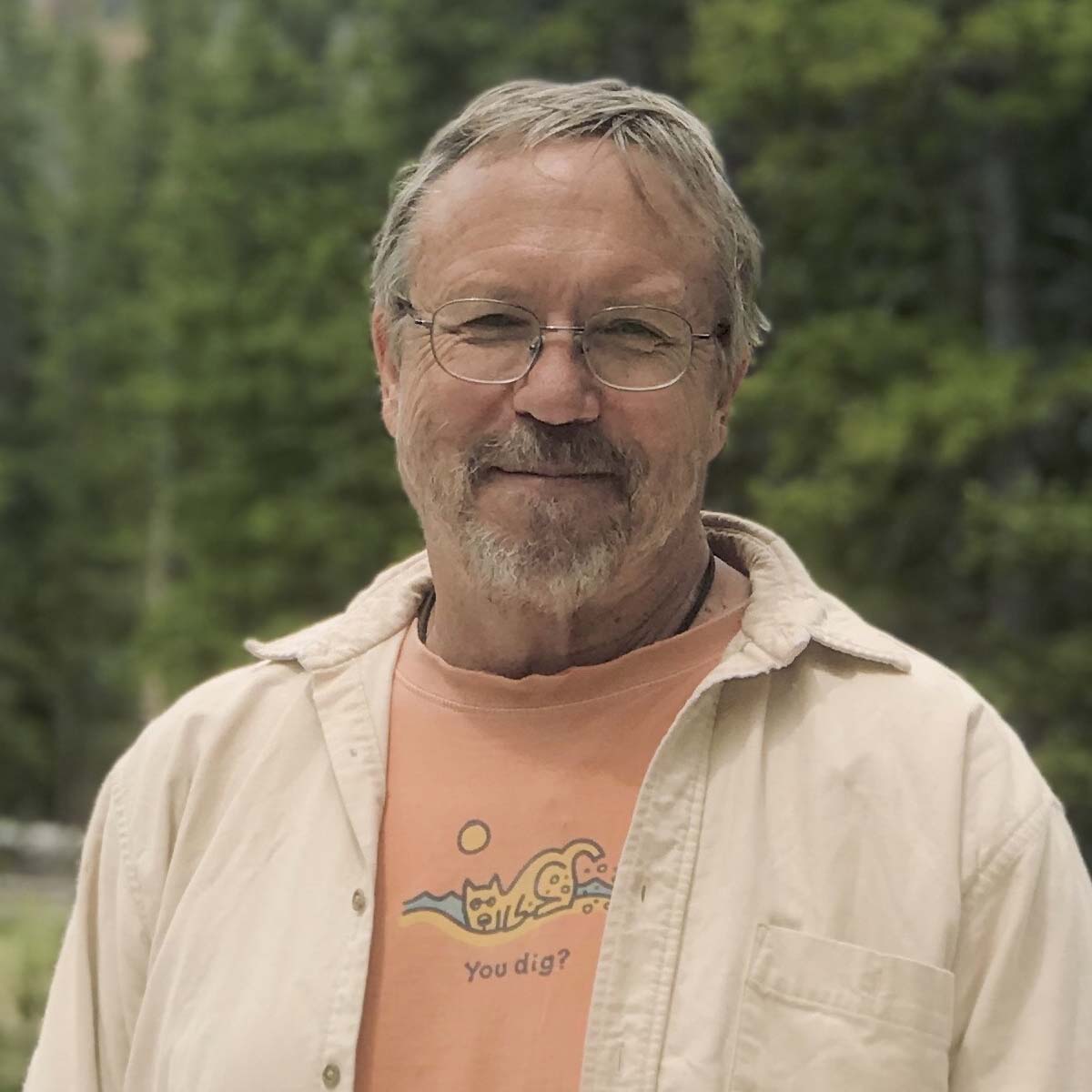 Steve Miller completed his master’s and doctorate in mycology from Virginia Tech. He has always had a passion and taste for apples, and started an orchard on his property near Laramie. Steve became interested in apples and saving heritage cultivars when the University of Wyoming expanded, razing old neighborhoods and apple trees. He has had funding from the Wyoming Department of Agriculture Specialty Crops Program, the UW Agriculture Research Station and the USDA. He has now grafted over 1,000 heritage cultivars from across the state of Wyoming, and identified them using molecular methods. He also started a germplasm orchard of the different and unique cultivars at the UW Sheridan Research and Extension facility in Sheridan, Wyoming. 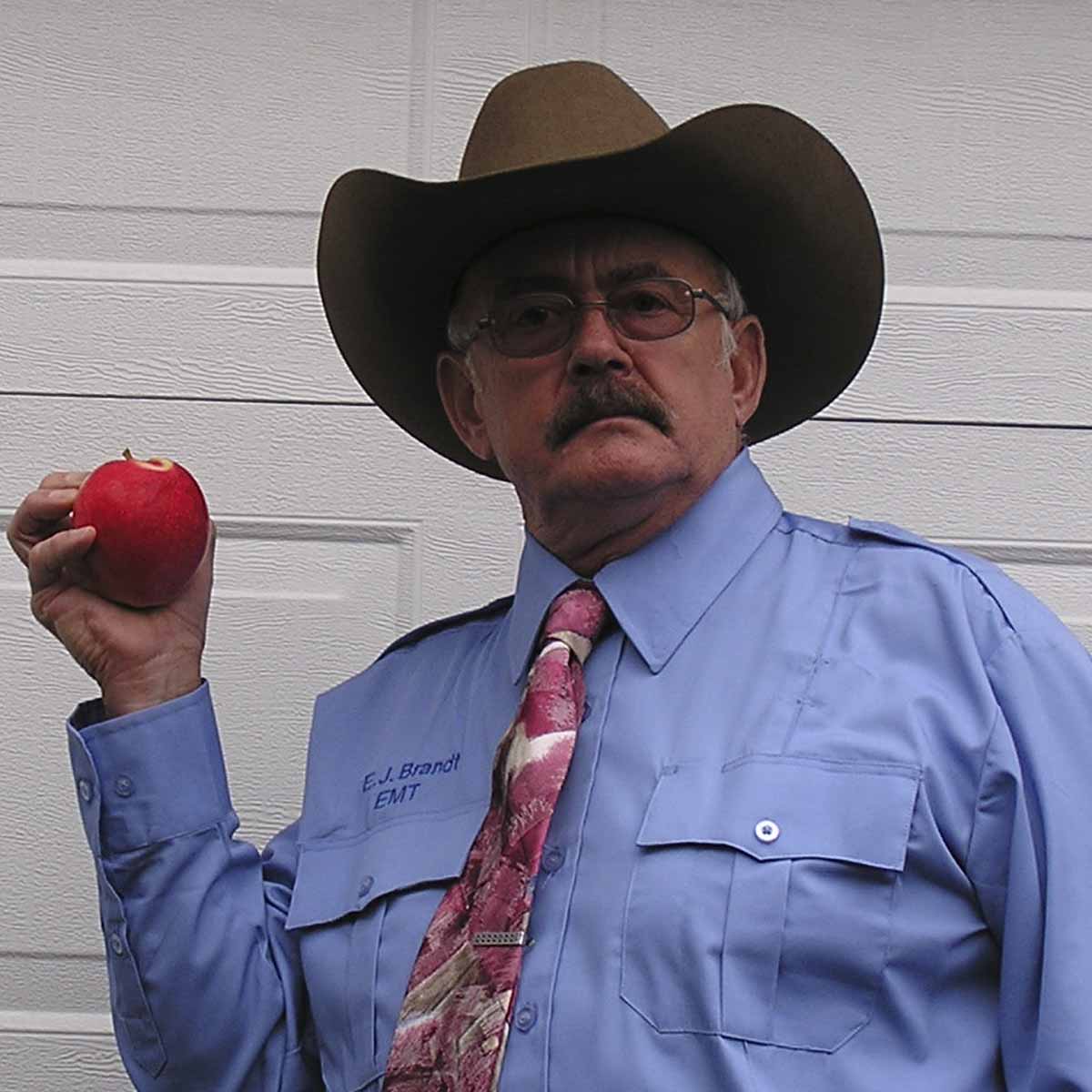 EJ Brandt is a retired electronic technician for Washington State University and is also a former Pararescue USAF Special Forces member. Currently living in Troy, Idaho, EJ is involved with The Lost Apple Project and Heritage Apple Research. EJ is responsible for the rediscovery of the Regmalard apple in the Moscow, Idaho region. 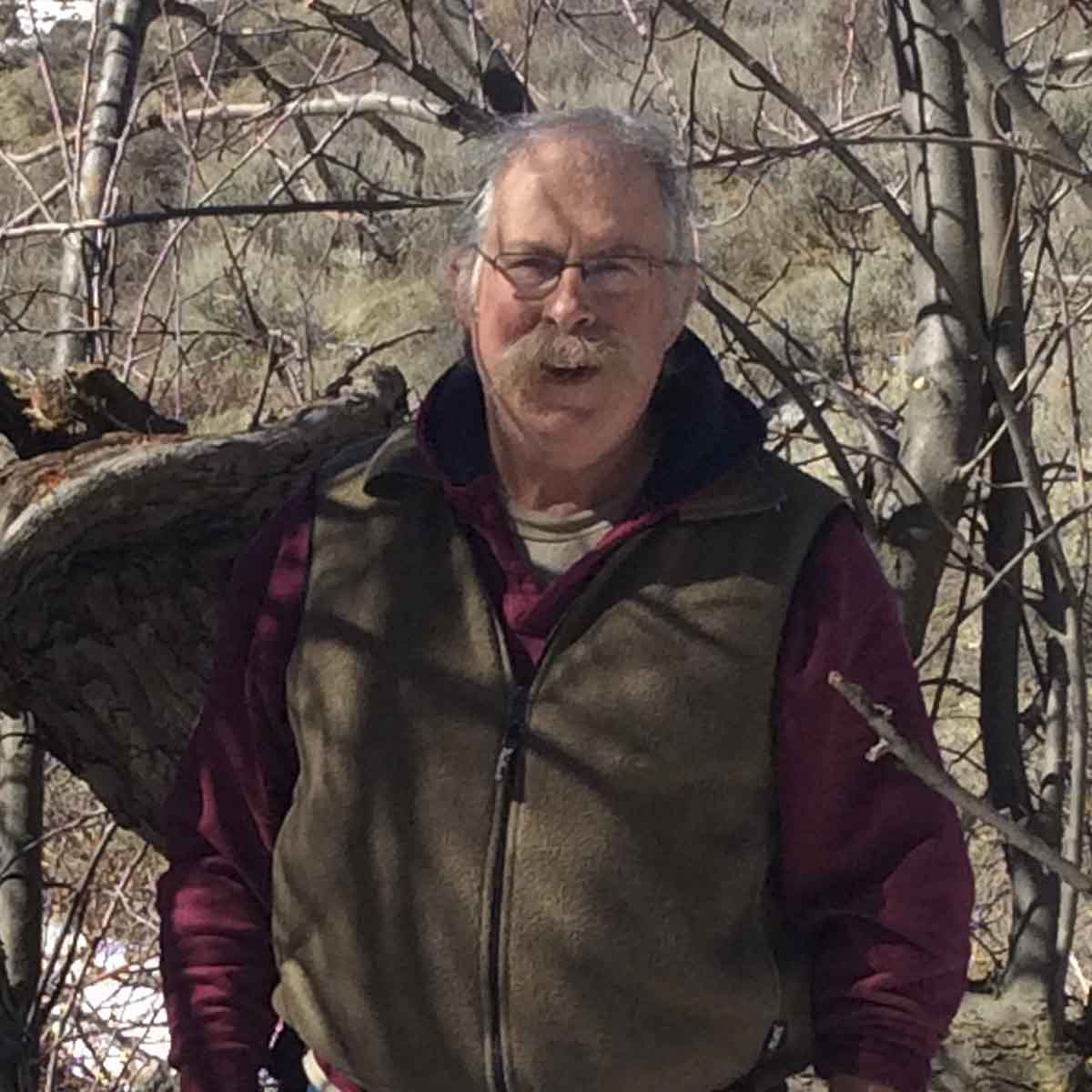 George Raino, 65, is a retired educator from Boise. George is credited for the rediscovery of the Kittageskee and Fink lost apples. Here he is standing in front of the last, lost Kittageskee apple tree. It was likely planted between 1911 and 1915. Although the tree is hollow and in bad shape, Bob Purvis, Richard Uhlmann and George were able to collect scion wood and now the Kittageskee is back in the world. George has distributed four grafted trees and had 15 field grafts take on two apple trees on his property in Boise. One of the grafted trees is growing at his residence.